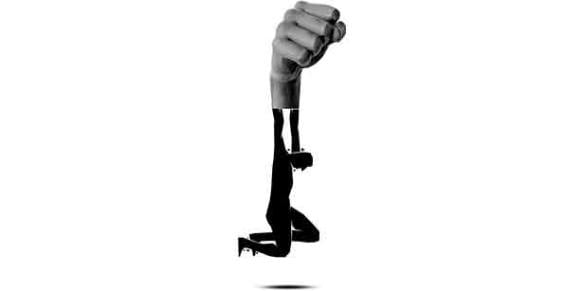 1) I recently visited my brother-in-law. While we were having dinner with his family, his wife told us what she was confronted with during a job interview.

She graduated from a religious high school (imam hatip school) during the Feb. 28, 1997 postmodern coup era. Because of the headscarf ban, she could not go to university. She continued in a religious vocational school for two years, and then she completed her bachelors degree at a religious school. Because of the coup’s headscarf ban, she waited for more than 10 years. The AK Party facilitated graduates of imam hatip schools to transition to religious faculties and removed the ban on headscarves in schools in practice, not as a legal regulation. Finally, she became a teacher of religion in the summer of 2014.

After gaining her diploma, she applied to a private high school near her neighborhood to become a teacher. The school is known to have a pro-AK Party stance. During the job interview, the school officials asked her what she thinks about the movement, whether she thinks the movement staged a coup against the government, whether she likes Erdoğan and Fethullah Gülen, which side she stands on and what her political stance is. No serious questions were asked about her professional or academic achievements. She hesitated to express her political stance. In the end she did not get the post.

2) I have a friend from university. We meet from time to time, not very often. He has worked at very prestigious private schools as a math teacher for the last 15 years. He is married to another a teacher and has a kid. He carries sympathies for the Hizmet movement but is not an active volunteer. The last school he worked at had international connections with various reputable schools in different countries. He wanted to gain international experience and applied to an international school in the Gulf region. His application was accepted. Then he and his family put all their belongings into storage last June and started to wait for visas. After gaining his visa, my friend went alone to rent an apartment for his family. He started teaching at the same time. When he finally settled down, he was planning to bring his family there. Two weeks later, after the school year had started, the director of the school called him and said: “Although you do not have any criminal record in your home country, because of the political conditions in Turkey, your consulate did not give us a positive reference in your clearance check. You were involved in politics and took an oppositional stand in politics. You have to leave the country.”

He is not interested in politics. He likes his job. For him, his family and his students are located at the center of life. I learned by coincidence that he had returned back last week and listened his story. He has expressed plans emigrate to a European country.

3) I have two close friends from my high school. We meet regularly at family gatherings. One month ago, I organized a breakfast. Although I called one of them many times, I could not reach him, and he is working for a government company. The other friend of mine, who works in the private sector, informed him about the breakfast. When we met at the breakfast, he told me that he had intentionally not answered my calls. He said: “You have connections to the Hizmet movement. I am sure you are being wiretapped, that is why I did not answer your calls. If you would like to reach me next time, it is better if your wife calls my wife to inform me. If the company finds out you are my friend, I will be fired from my job.”

4) Two weeks ago I interviewed a Fatih University Law School graduate. He had had a full scholarship for his five-year bachelors. He graduated with an honors degree last June. He told me that he had applied to İstanbul University — a state university — for a master’s degree in August. Although he met all the academic requirements for admission, he was refused. He was given a “zero” grade at the interview. He said that professors in the interview had said: “Fatih University is one of the Hizmet school institutions. Instead of giving high-quality education to students, the university brainwashes its students. There is no way for you to be accepted.” Neither him nor his other graduate friends from Fatih University were accepted for the degree. The professors made fun of the applicants.

By the way, on Sep. 25, the İstanbul Metropolitan Municipality cancelled the public bus route from downtown to Fatih University, where 10,000 students were studying at the beginning of the winter semester.

5) I use a mechanic in my neighborhood. When my car is broken, I bring it this mechanic. I have known him for the past five years. Just before the opening of the 2014-2015 school year, he called me excitedly and told me that he would like to meet with me in relation to his son’s school. The next morning, I went to his workplace. He told me that his son had been studying at one of the Hizmet movement-linked high schools for three years. His son had pushed his father to change his school. He wants to study at law school and become a judge. He thinks that if he studies at the current school, the government and the state will profile him. What a wise request for a 15-year-old student, isn’t it? I told the mechanic that I was sure that he and his son had already been profiled and this profile would follow them through all steps of their lives. He changed his son’s school.

Last week, a friend of mine from Ankara told me that they had taken their kids from one of the Hizmet-affiliated schools, but a few private schools in Ankara, known to be close to the government, refused to register the kids.

I am not mentioning the names of the people, dates and places in these real stories. This is Turkey; Big Brother is watching us. When I said I would write their stories, they were all scared of being affected. They all told me that I should keep their names secret.

The government has suspended the rule of law for the past year. A sort of martial law is being exercised. Hizmet movement sympathizers have become the main target of the government. Every day, they experience a different kind of human rights violation. Discrimination against sympathizers is the most common violation.

When Turkey resumes the “rule of law” again, we will face these past violations with shame.