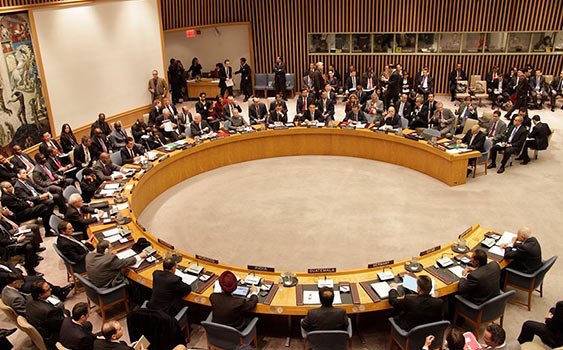 Geneva – The Journalists and Writers Foundation (GYV) held a panel on Saturday on “Respect for Sacred Values” at the United Nations’ Geneva headquarters. Many academics and diplomats showed great interest in the panel, which was held as the UN Human Rights Council (UNHRC) conducted its annual meetings in Geneva.

Delivering speeches and making presentations, academics and diplomats agreed that free expression must be defended, but should not be used to justify hate speech or insulting language. In this context, the meeting on sacred values emphasized the importance of freedom of thought through emphasis on dialogue and tolerance.

Swiss academic Jean-François Mayer, who moderated the discussion, said that while the panel could not eradicate injustice and intolerance, it could contribute by finding productive ways to fight them. Mayer also said that he represents those who could not attend the panel and that the panel’s attendees aimed at contributing to better understanding of tolerance and dialogue.

GYV deputy chair Hüseyin Hurmalı, speaking at the 32nd Abant Platform in Ethiopia’s capital of Addis Ababa last weekend, discussed Turkish Islamic scholar Fethullah Gülen‘s methods of struggling against ignorance, poverty and strife. Stressing that Gülen has put forth peaceful co-existence as the only solution to these kinds of problems, Hurmalı said the GVY, through several organizations that it founded, has striven to establish peace by fostering human rights, freedom of belief and freedom of expression.

Dr. İbrahim Salama, who has worked for the UNHRC, also took the floor. Salama said that a lack of tolerance where sacred values are kept alive is impossible. “Religions are not an obstacle to human rights, religion even contributes to settling many problems. When one examines Islamic history, I am sure that many questions on human rights and peaceful co-existence will find answers, when the history is deeply examined. But I believe that terms like freedom of expression and belief give rise to confusion because they are not defined clearly.”

Emphasizing that the exchanging viewpoints was a habit of Prophet Muhammad, Salama said, “Our prophet spent his whole life fighting against oppressive regimes and he always exchanged views with his friends while he struggled with such regimes.”

Stefan Hammer, from the University of Vienna Faculty of Law, said that the ECHR clearly defines the concepts of freedom of religion and freedom of belief, and bans all kind of hate speech against any religion or race, adding: “Dialogue among nations and civilizations should be increased as well as knowledge-sharing and more constructive discussions. All sorts of hate and violent speech should be barred through dialogue efforts.”