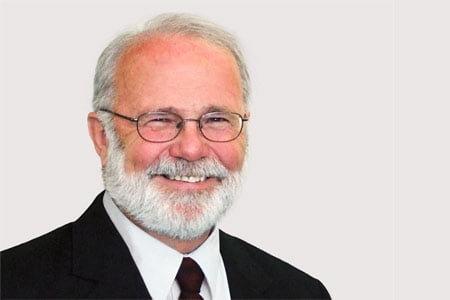 As kids, our parents told us: “Two wrongs don’t make a right.” So it is with confusion and sadness that I read about the attack on the U.S. Consulate in Benghazi and the death of Ambassador Stevens. The violence was allegedly carried out in reaction to the airing of an American film that depicted the Prophet Muhammad— a known insult to Muslim tradition, which forbids any illustration of Islam’s most sacred prophet. Upon reflection, we see there are at least two “wrongs” being committed, and no, they don’t “make a right.”

How can it be right to scoff at a spiritual tradition—and I’m looking beyond the oft-touted argument that freedom of speech or artistic expression justify it—I mean, on a human level, how can it be morally right to knowingly disrespect another person, especially by desecrating something that’s of sacred importance to them?

But from the same, humanistic perspective: how can violence be the appropriate response to such an insult? After all, our parents also taught us that “when faced with a bully, the bravest thing to do is to just walk away.” Not to stay and pick a fight.

How can anyone excuse the persecution of innocent people? Because when we do pick a fight—target a consulate, start a war—more than just our declared enemy gets hurt; innocent people on both sides of the argument are dragged into the conflict, and die as a result.

Lastly, how can anyone hope for peaceful resolutions when rightful, non-violent protests are manipulated in order to commit vicious acts of hatred?

In his Financial Times article, “Violence is not in the tradition of the Prophet,” M. Fethullah Gulen gives us helpful direction. He says, “Muslims pray each day: ‘O Lord, keep us on the straight path.'” But it isn’t just Muslims who must heed this advice; no one, regardless of Faith or belief system, should condone the wrongs we’ve seen committed by both sides of this situation.

While I would defend the rights of people to express their opinions in a free and open society, that right comes with a responsibility. Gulen states it best: “Hate speech designed to incite violence is an abuse of the freedom of expression. It violates the rights, dignity, and freedoms of others while pushing humanity toward conflict.”

Our response to those who incite such conflict, however, should be measured. Gulen concludes his article in a way reminiscent of Gandhi, stating that “the attacks on the Prophet we have experienced are to be condemned, but the correct response is not violence.”

When we do meet violence with violence, hatred with hatred, we soon find ourselves reduced to childish back-and-forth’s about who “started it.” It is of course difficult when we are challenged in some of our fundamental beliefs and things about which we feel passionate, but it is precisely this test—our response to aggression—which shows the world who we are and in what ways our beliefs have shaped us.

Sadly, people watching this story unfold in the news have been subjected to some flawed representations: The U.S. Government does not agree with the filmmaker’s attitude toward Islamic tradition. It’s Constitution, however, protects the filmmaker’s right to self-expression. Similarly, Islam does not necessarily consent to the use of violence against innocent people. It does, however, uphold the right of believers to publicly express their upset about what is to them, slander.

So what is the answer? How should we respond to what we’ve just witnessed in Libya? Gulen urges us to “pursue a relentless campaign to promote respect for the sacred values of all religions.” In other words, spread a message of tolerance, compassion and appreciation for commonly shared values. How do we do that? By looking outward to learn from others’ beliefs and experiences, and looking inward to learn from our own.

My Mother would have told me to “walk a mile in the other person’s shoes”: Let it be along the path that unites—not divides—humanity.

Dr. Brian L. Desbiens* is Chairman of the Board, Ontario Education Quality and Accountability Office

ARTUR ASLANYAN For the past five years, Orange County, Calif. has hosted the Anatolian Cultures & Foods Festival, a four-day event full of music, dances, food and family fun. The weekend of May 16th through the 19th continued the tradition, putting on the largest version yet. The event is described by many to be “the closest […]