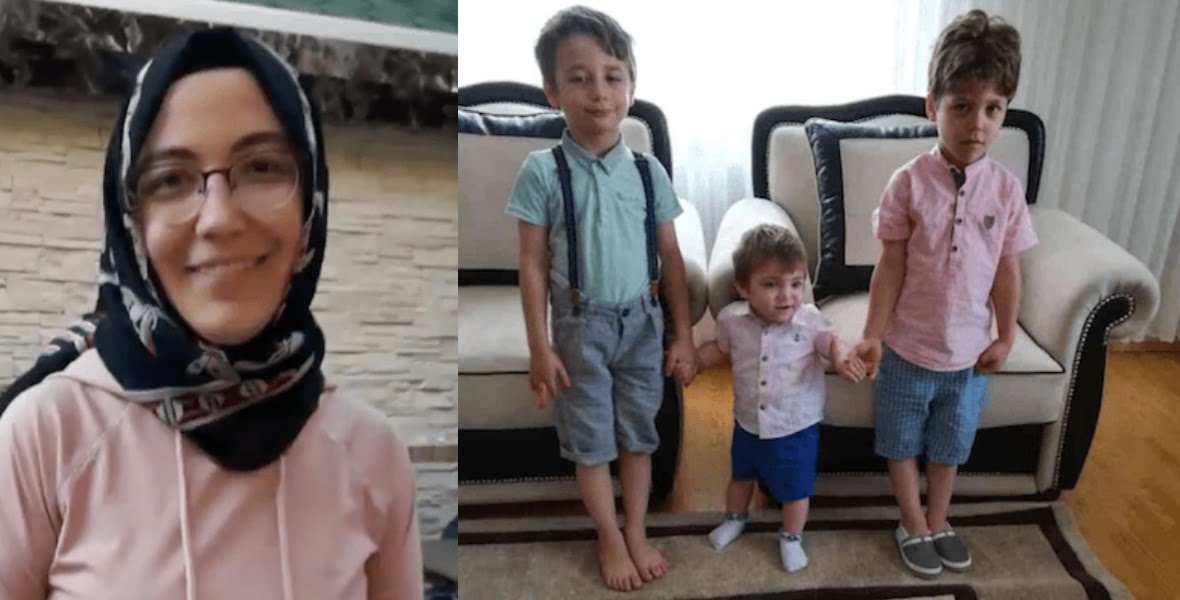 The children’s father, Murat Akçabay, and four other people on the boat were rescued. Greek officials told Euronews they are being kept at a police station on the Turkish border.

Rescue teams from Turkey’s Disaster and Emergency Management Agency (AFAD) were reportedly working to save the woman and her three children on the Turkish part of the river.

News of the incident was first tweeted by Turkish journalist Cevheri Güven, who called on international organizations to take action to rescue the missing people.

“A boat carrying Turkish purge victims capsized on the Evros River in Greece, a mother and 3 children lost, one child was wearing a life vest, they all may be alive, rescue units must urgently be deployed to the area @UNHCRGreece @Refugees_Gr,” Güven tweeted early Thursday.

Writer Cemil Tokpınar claimed the same day that Greek border police had located the missing people on an islet in the river.

Murat Akçabay, who was in custody at the Isakio station in Dimetoka, told Turkish media outlet Bold TV what they experienced in the Evros River early Thursday morning. “We, nine refugees, got in a rubber dinghy. At last two human traffickers also got in. In total we were 11 people on the boat. I think we crashed into something like a rock in the middle of the river. The boat was pierced and we started to turn it around. Suddenly the boat overturned and we all fell into the water. The other family members held on to tree branches on the right bank of the river.”

“My wife and I left in the middle of the river while trying to hold our children. My wife was holding our little baby, and I tried to hold our two sons. Ahmet Esat , our 7-year-old son, was wearing life vest so he could swim. But my other son went under the water. At the time my wife went adrift and then held on to a branch. I shouted to her, ‘Don’t let go of the branch, I will rescue you.’ While I was trying to fight the waves, I saw she wasn’t in the same place. I repeatedly shouted, but I never heard her voice again.”

Turkish police also reportedly detained Yunus Akçabay, the uncle of the missing children, as he tried to locate his lost nephews and their mother. No accusations against him were made by police, who said he had helped them search for and rescue his nephews and sister-in-law.

Thousands of people have fled Turkey due to a massive witch-hunt launched by the Justice and Development Party (AKP) government against sympathizers of the Gülen movement in the wake of a failed coup attempt on July 15, 2016. The government accuses the movement of masterminding the coup while the latter denies involvement.

More than 150,000 people have been detained and some 80,000 including academics, judges, doctors, teachers, lawyers, students, policemen and many from different backgrounds have been put in pre-trial detention since the failed putsch.

Many tried to flee Turkey via illegal means as the government cancelled the passports of thousands of people.

On Feb. 13, at least three people died and five others went missing after another boat carrying a group of eight capsized in the Evros River while seeking to escape the post-coup crackdown in Turkey.

“They said I would make the headline story of the newspaper if I agreed to speak to them about the existence and alleged activities of a parallel state. I rejected this indecent proposal. Let them keep their headlines and proposal,” the LDP leader said on Thursday, speaking to Today’s Zaman.