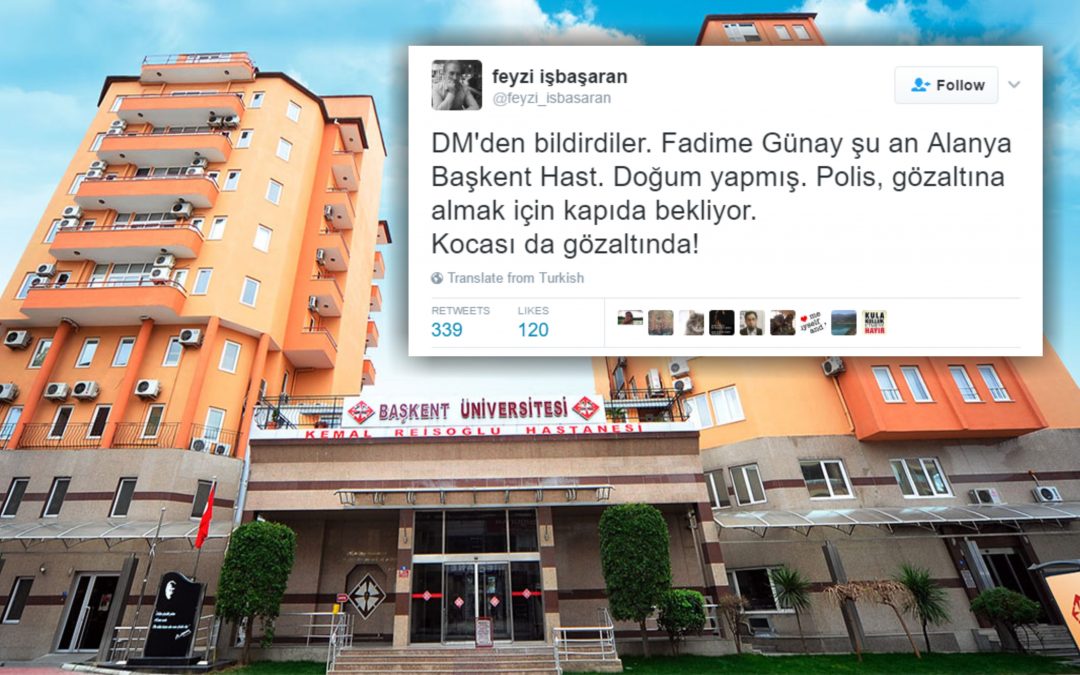 A group of police officers awaited outside of the Alanya Başkent Hospital in order to detain a woman who gave birth several hours ago, according to a tweet by former deputy Feyzi İşbaşaran.

Fadime Günay, whose husband has recently been detained by police over alleged links to the Gulen movement, gave birth to a boy late on Sunday.

According to several local media outlets, the time when police came and demanded Günay’s immediate discharge from the hospital coincided with the time she was delivering the baby.

If the detention warrant for the mother revoked by 7 a.m. local time, Günay will forcefully be taken into custody, says reports regarding the issue.