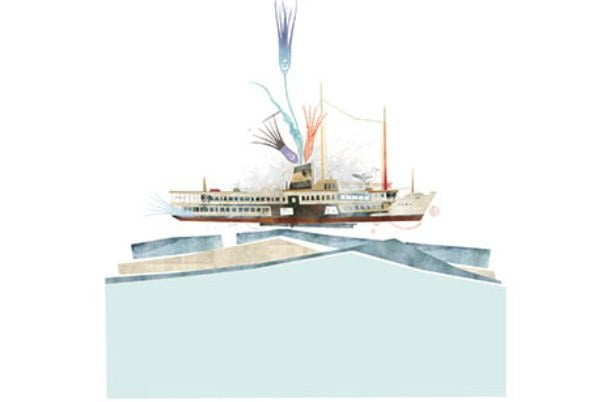 Dear Reader,I have sinned! I have binged on Turkish politics these past two months. Let he who knows Turkey and/or Turkish but has not done the same cast the first disapproving thought in my direction.

Until then, I look forward to the new US TV series “House of Cards” to distract my mind from Turkey; the former is both unreal and incomparable to the latter in terms of intrigue, intensity and unimagineableness, but also provides a pleasant pastime of sorts that does not threaten one’s mental and spiritual well-being as developments in Turkey do. My repeated “relapse” into Turkey is all the more unforgiveable since I claim to be inspired by the example of a practice and mindset that suggests that we occupy ourselves with that which we can influence and change, and everyone who needs to know knows that for me Turkey is not one such case.

My relapse is not just attributable to the fact that Turkish politics is so much more tumultuous and volatile than that found in most developed countries, but also because it contains and is based on so much irrationality – a feature which bugs my non-practicing yet ever-present barristeristic mind. Allow me to explain. In the Al Pacino classic, “The Devil’s Advocate,” Pacino plays the Devil trying to turn his unsuspecting son (Keanu Reeves) against God by saying: “Let me tell you something about God. God likes to watch. He’s a prankster. Think about it. He sets the rules in opposition. He says: ‘Look but don’t touch. Touch but don’t taste. Taste but don’t swallow. And while you’re jumping from one foot to the next, what is He doing? He’s a sadist. He’s an absentee landlord. Worship that. Never!’”

Now for a moment you might be forgiven, like myself, for thinking, “Hold on a second, does the Devil have a point here? It does sound a tad unreasonable to say ‘Look but don’t touch; touch but don’t taste; taste but don’t swallow.’ Surely, one thing necessitates the other.” And then it hits you – the missing and primary premise upon which the whole argument is based: Where does God say to look, touch or swallow? He does not. If he did, the Devil would indeed have an argument. Instead, as Muslims we believe God says, and I’m paraphrasing, “Rise to the level of angels by refusing your animalistic instinct to look in the very first place. And keep away from lust as once close to it, it is difficult to avoid.”

What has this got to do with Turkey? Everything. Currently, in response to ongoing corruption investigations into people close to the government, Turkey is experiencing the biggest purge of state officials in modern history, with the government reacting angrily through various measures that impact Turkey’s judiciary, separation of powers and constitutional order. On “Aykiri Sorular,” a watered down version of “HARDtalk,” Professor Yasin Aktay of the AK Party defended the government retaliatory measures. He claimed that there was a “judicial coup” against his government orchestrated by Hizmet participants in the judiciary on behalf of a global coalition of international partners who were deeply unhappy and envious of Turkey’s recent successes and that therefore the purge of these judges, prosecutors, police officers and inspectors was completely justified and in fact necessitated by the rule of law and democracy. As in “The Devil’s Advocate,” once you accept the primary and missing premise the rest follows. And as in most cases, everything rests on the veracity of that primary premise.

Had I been on that show I would have asked (and I was pulling out my hair as the moderator failed to ask) the following questions to challenge that primary and unjustified premise: What judicial (or other) process determined that these corruption investigations were a coup attempt against the government? What proof or evidence do you have to support this most serious claim? What disciplinary process did you undertake to determine that the people that were purged were members and culprits of this ‘coup’? In the absence of evidence and disciplinary process how did you determine these people’s association with Hizmet? When is government corruption not a judicial coup? How can you have the right to unilaterally determine the intent and purpose of these ongoing judicial investigations when your government is implicated in them? If your government can purge over 7,000 police officers (and thereby affect and prevent these investigations) without evidence, due process or disciplinary procedure, do you not set a precedent for every future potentially corrupt government to follow?

Forget all else. The claim that this is a “coup” against the government is the crux of the matter. Those that buy into this argument and counsel both the government and the Hizmet movement to calm down and argue that both are at fault miss the fact that in doing so they have already internalized and accepted the government narrative: that is, that this is not about corruption, bribery and money-laundering but that it is about two forces fighting: the legitimate government and the illegitimate “state within the state” comprised of Hizmet. People are welcome to do this, as does Yasin Aktay, but when doing so they must first explain and satisfy the questions given above on this point. If Turkey is a democratic country that upholds the rule of law, according to what evidence and process did the government determine this “judicial coup” and according to which disciplinary procedures were these state officials deemed to be affiliated with that coup and therefore purged?

So, dear reader. Yes, I have sinned. But I was tempted by the irrational and illogical and unchallenged missing premises, suppositions and anomalous arguments of the nerve-wracking developments of Turkish politics. If things continue as they are, “The Devil’s Advocate” will no longer suffice to explain developments in Turkey. Instead we will have to look further afield to blockbusters like “Inception” or “Titanic” to draw our analogies. Let us hope that Captain Erdoğan of Turkey does not claim arrogantly that his ship is unsinkable. The last time that claim was made many people perished, and we were left to watch Leonardo DiCaprio hold Kate Winslet to the song of Celine Dion at the bow of the ship. A remake of — God forbid — Turkey’s demise would be far more difficult to depict and far more difficult to watch, with or without Celine Dion singing in the background.

*Özcan Keleş is a barrister based in the UK.