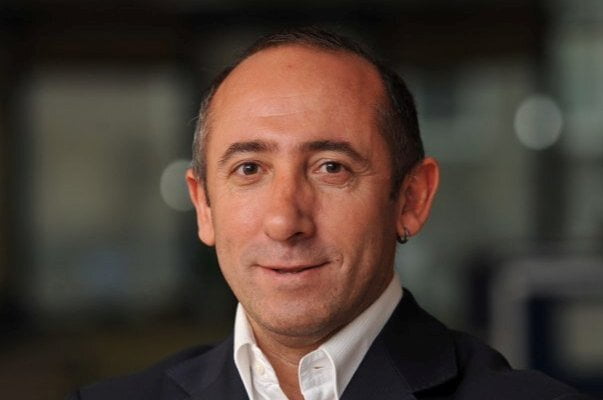 The Justice and Development Party’s (AK Party) transformation from a center-right party into a political Islamist conservative party started in 2011.

The transformation has now gained greater impetus. I have noted that there were two reasons for this preference: the Arab awakening and the impasse in the Syrian crisis. The “premature power sickness” or “power poisoning” the AK Party experienced led to its current dilemma.

A decade of success

It is no surprise that the AK Party suffers from this sickness. In the end, we are talking about a government that had been extremely successful up until 2011. This is a government that was proactive in foreign policy, pursued solution-oriented domestic politics, addressed a number of issues, including the military guardianship and delivered remarkable economic performance. These are all positive developments that improved the ruling party’s image.

The AK Party, by taking some bold steps on a number of major issues ranging from democratization to the Kurdish issue, from the Cyprus issue to minority rights, has played an important role in the socialization of politics. In essence, this whole decade represents the AK Party’s moves to become a center-right party.

Finally, the AK Party became even more confident after the Sept. 12, 2010 referendum on constitutional amendments that was endorsed by 58 percent of the voters. The list of nominations for parliamentary positions the AK Party announced on April 11, 2011 signaled a new route for this party. The major preference that could be inferred from this list was that the party wanted to leave the coalition of allies that acted together in the democratization process and the reforms in the 2007 election and 2010 constitutional referendum aside and construct its own cultural identity instead. This cultural identity favors a Sunni version of Islam rather than pluralism.

This preference was compatible with the social restoration that the AK Party figures have been promoting since 2011. But the problem was in imagining the outcome of this restoration as a starting point rather than a result. In other words, the party attempted to transform the entire public sphere in line with this political and cultural identity by relying on state power.

Back to a marginal party identity

However since the end of 2011, significant changes have taken place at the micro level according to that political identity preference. The AK Party has become a marginal conservative party rather than a center-right party on such value-laden political issues as abortion, family size, mixed-gender housing and education. In this way, having obtained obtaining 50 percent of the vote, they attempted to impose the preferences of 10-15 percent of the people on the entire society.

The primary reason for the power poisoning in the AK Party was the Arab awakening that started in late 2010 when a street vendor set himself on fire in Tunisia. The change in Tunisia, followed by Egypt and Libya affected the AK Party most. The main argument made back then was that the AK Party’s Turkey was a model country in the Arab awakening. The basis for this model was democracy and democratization. The AK Party made a mistake when it attributed the growing interest in its activities in the Arab world before the Arab Spring and in early 2011 to the party’s Islamic identity rather than the democratic success in Turkey. And this was a major breaking point for the AK Party.

Thinking of itself as a leader

Instead of consolidating Turkey’s role as a model country by strengthening democracy, the AK Party assumed another mission to serve as a leader of the Muslim world in the Middle East through its Islamist identity. This was obviously a pursuit of regional power through a sectarian identity and the revival of the tradition of political Islam.

Turkey tried to use Syrian President Bashar al-Assad as the actor for a process of transformation in Syria during the anti-Assad protests in March 2011 but dropped this policy after the AK Party’s landslide election victory in 2011. Of course, the fact that Assad did not accept this role was also a factor.

In September 2011 the AK Party decided to support the opposition in Syria. And their preference was to extend the greatest support to the Islamist groups with whom they share the same sectarian identity. It was important that Assad should go, but it was also important for Turkey to make sure that the opponents it supported would come to power in his place.

Turkey was not influential in Libya in the aftermath of the Arab awakening and had limited impact in Tunisia. However, Turkey’s role was rather determinative in Egypt, a leading country in Arab world. The rapprochement between the two countries became more visible when former Egyptian President Mohammed Morsi attended the AK Party convention. We saw that after the coup staged by Gen. Abdel Fatah al-Sisi on July 3, 2013 Turkey extended a huge amount of support and logistical assistance to Morsi and the Egyptian government so that they would initiate an ambitious process of construction in different parts of the state, including bureaucratic structure and personnel training.

Unfortunately, the leadership role the AK Party assumed in the Middle East did not work effectively. The primary reason for this was that Assad stayed in power despite arguments that he would be gone within six months; the other reason was that the Morsi administration relied on majoritarianism in its political decisions in Egypt.

Another point that we need to make here, is that the West was uneasy with Turkey’s role in the region because the Western countries upheld that political Islam, rather than democratization, was being promoted by the whole process that also allegedly contributed to the rise of terror and anti-Western sentiments.

Why is the West bothered by political Islam?

It is really meaningless for the West to be afraid of the current outlook in the Middle East; it is equally meaningless that the West is also bothered by Turkey’s leadership role in the region. The transformation of the AK Party into a right-wing conservative party in its political preferences coincided with this process. These preferences of the AK Party were interpreted by some social segments as interference in their lifestyles.

The peaceful protests staged out of environmental concerns in Gezi Park could actually be seen as an objection to these policies of the AK Party. The people took the streets because of their concerns over the shrinkage of the sphere of freedoms and the interference in their lifestyles. Prime Minister Recep Tayyip Erdoğan has blamed a wide range of actors, from the interest lobby to external circles, since the initial days of Gezi. A month later, Turkey expressed the harshest reaction to President Morsi’s arrest in Egypt. The harsh rhetoric first articulated during the Gezi protests hit its peak when Islamic discourse and symbols were extensively used as an expression of political will. During this process, the AK Party attempted to consolidate its support base with the 50 percent discourse. But we are not sure as to whether this base was actually 50 percent of all voters.

Developments before and after the Dec. 17 corruption investigation indicate that the AK Party did not learn lessons from the Gezi protests or the narrowing sphere of its policies in the Middle East.

The AK Party is still committed to making its identity dominant and transforming the state; its attempt to eliminate the Hizmet movement from the bureaucracy and the judiciary without relying on any legal evidence is a good sign of this. As the AK Party faces greater hardships in both domestic and foreign policy, it is trying to consolidate its support base by referring to Islam and Islamic codes.

Today, the AK Party is experiencing a dilemma and the primary reason for this is trying to make political Islam part of the public sphere and to transform the state according to its own identity. As frequently noted now, Turkey is moving to a stage where all institutions are made part of the government. Things that could reverse this process are being eliminated as well.