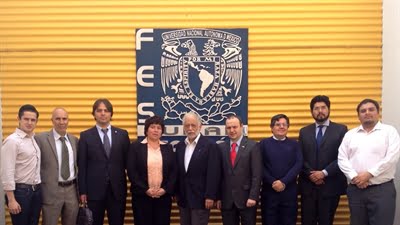 At the meeting held in the school’s Fes Acatlan campus, Dr. James Harrington delivered a presentation on Fethullah Gulen’s understanding of law and his trial. Author of several books and articles on Hizmet Movement, Harrington said, “What Gulen Movement’s has been going through in Turkey today is like recurrence of “28 February” (the military memorandum in 1997). It faced the same allegations and slanders back then. But Gulen followed the legal procedures and got acquitted.”

Dr. Juan Manuel Portilla Gomez in his address, pointed to the magnitude and global recognition of the movement.

BOOK REVIEW Ten years after co-editing his first book on the Gülen movement, Hakan Yavuz, a leading scholar on Turkish society, brings his academic prowess and careful observations to bear on this dynamic phenomenon in Toward an Islamic Enlightenment: The Gülen Movement.1 This well-timed book not only provides an update on the growth of the […]

I learned with grief the passing of Mr. Muhammad Ali, an individual who was dear to hundreds of millions of people around the world for his achievements in sports, strength of conviction, amicable personality and philanthropy.