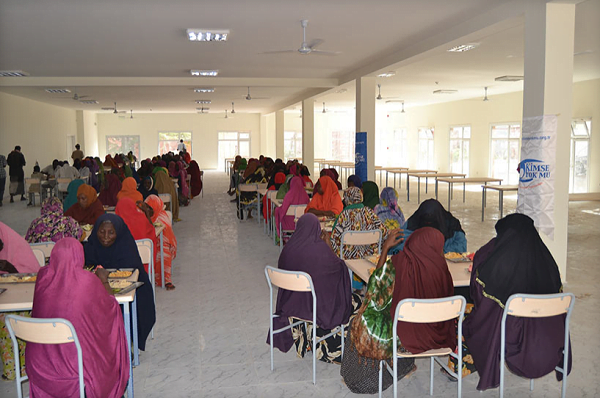 In defiance of the recent accusations by the Turkish daily Sabah, the foundation has earned the locals’ appreciation with its efforts over the past three years in the country. It has turned the country into a practically aid base by providing food, health care and educational assistance in multiple camps across the country. The camp seven was earlier closed by the United Nations for security reasons. İbrahim Abdinur Muhammed, the former person-in-charge at the presently closed camp, which didn’t receive the aid sent from Turkey as Sabah erroneously claimed, spoke to Zaman. “KYM provided us daily hot meal and monthly food packages. Somalis will remember their aid. May God be pleased with them,” he said.

Likewise, Abdi Dirshe, Secretary General at Somali Ministry of Foreign Affairs, refuted any affiliation of any kind the person named Kamil Kemal Guller, whom the daily based its accusations on.

“We’ve been distributing hot meal in the camps. We used to serve in the camp seven too before its closure. These people used to lack toilets, bathrooms and drinking water. They were left in destitution. We have set up soup kitchens and medical centers to provide food and health care services,” Orhan Erdogan, KYM’s “The Orphan” project coordinator, said.

A Turkish General Hospital in Somalia

The foundation launched a general hospital housed in a complex consisting of a school, soup kitchen and residences in Mogadishu two months ago. The hospital serves hundreds daily. Although recently launched, it’s in high demand. The hospital officials said they are soon to operate in full capacity to meet the demand. “I was moved to see the Somalis’ condition when I was back in Turkey. I took the first opportunity to be transferred here and I am so happy to be here now,” said the medical doctor Ibrahim Gok.

The soup kitchen in the complex is serving some 1,500 Somalis in need on a regular basis. The target is 60 thousand at the minimum annually.

KYM has delivered 8 thousand 590 tons of aid supply to Somalia since August 2011. The aid was distributed on a regular basis at the camp seven. Besides the medical aid for over 100 thousand, a total of 495 students received educational assistance. The overall cost reached 8 million 159 thousand Turkish Liras by 2014 February. The former Somali President Sharif Sheikh Ahmed visited the Aid Al-Adha meat distribution center of KYM in 2011 and presented outstanding service award to the foundation officials.

Water wells at service of 90 thousand

The Turkish donors’ also sponsored water wells in the country. 42 water wells in five camps across Mogadishu have been made available to 90 thousand Somalis. KYM medical professionals have served over 100 thousand and provided extensive health examinations. They performed small and medium scale surgeries, circumcision operations, vaccinations and scanning against epidemics.

Excerpted from the article published [in Turkish] on Zaman