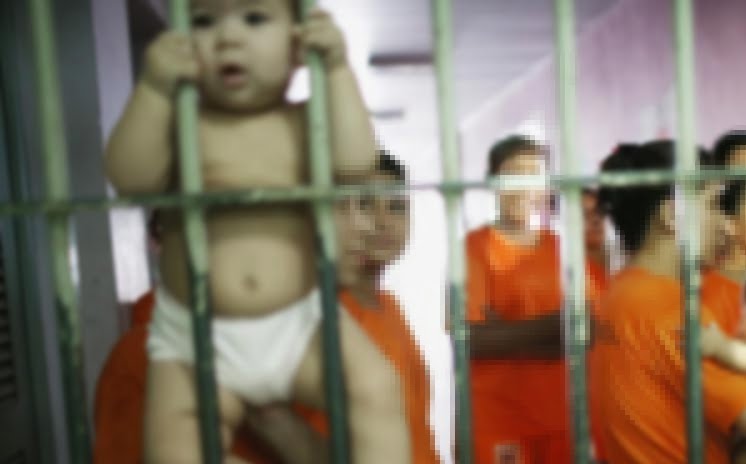 In a letter from Şakran Closed Prison in Izmir’s Aliağa district to Sözcü daily columnist Emin Çölaşan, Danışman said she was first detained at 2 pm in the morning on Apr 27, 2017.

“I suddenly woke up when police knocked the door in a rage at 2 pm in the morning on April 27. They were asking for my husband. They got angry after finding out that he was not home and called the prosecutor. …Then they issued an arrest warrant for me. As my husband was not at home, they took me into custody instead of him. They seized my phone. If they only let me, I would call my husband and he’d come. But they did not allow. I begged them to wait for my husband to be detained. I said I have three kids and there is no one else to look after them. They did not listen,” she wrote.

Turkish government accused the movement of masterminding the July 5, 2016 coup attempt and launched a sweeping crackdown against thousands of people with alleged or real ties to the movement including academics, journalists, doctors, businessmen, lawyers, policemen, judges, housewives, small business owners, teachers, students, football players, plumbers and many others from different occupations. The government calls the movement FETO, short for alleged Fethullahist Terrorist Organization.

What follows is the rest of the letter Danışman penned, revealing only one of the human tragedies taking place in the face of the great purge in Turkish history.

“I am writing to you from Sakran Womens’ Prison. My name is Fadime. I have been under arrest for the past 12 days. I am a housewife and a mother of three. My husband is teacher with experience of 8 years and a member of Egitim-Sen educators union. He was suspended from his position 7 months ago. All his teacher colleagues were asked questions about my husband in the first three months of his suspension and none of them agreed that he is pro-FETO. They looked through my husband’s banking transactions. They investigated everything about him. At the end of three months, the Education Ministry said they couldn’t find any evidence linking him to FETO and that he will remain suspended for two more months due to lack of evidence. Four months have already passed since then. You could imagine how big financial difficulty we get through. Three children, rent payment and I am a housewife…”

“My family lives in Malatya province and husband’s is in Bitlis. They were all yelling at me: ‘Get kids together, we’ll drop them to the Society for the Child Protection Agency.’ I took my 8-month-old baby with me and left with police officers, leaving the remaining two, aging three and six years old, to our neighbor. I supposed that I was gonna give a testimony and be released. But, I was put in pre-trial detention along with my 8-month-old baby after spending 36 hours under police custody and 15 hours at the courthouse.

To top off, I had left outside my two kids, both in need of care, and my husband was also detained at the end.

My mother is a cardiac patient with also high blood pressure. The mother-in-law had several surgeries due to her illnesses. Meanwhile, she must look after three people with disabilities at home. One of them is bedridden and the other two have visual impairment.

I don’t know how my kids are doing for 12 days. One of my kids suffers from rheumatism, requiring intensive care.

I am an asthma patient.

My baby has been having high fever for the past 4 days in the ward and having difficulties in digestion of foods.

Please hear our voice and get it heard Mr. Emin.

Would they release us if we were the [recently-freed] nephew of [Istanbul mayor] Kadir Topbas?”

Çölaşan said he would think that someone is exaggerating and making up things if the letter did not bear the seals of the Şakran prison.