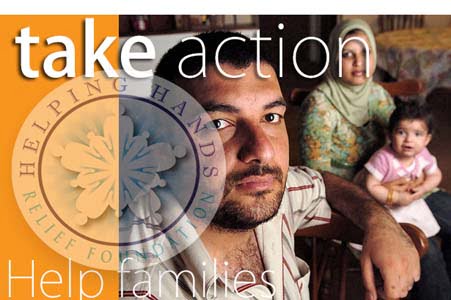 Helping Hands Relief foundation will distribute food packages to more than 500 families from Myanmar, and Somalia to provide temporary relief during 2013.Each food packet contains about 10 pounds of food, and is designed to help a family of three to five people.This generally includes rice, pasta, sugar, and canned food and candy for children.

How You Can Help?

There are three ways you can help us help alleviate hunger for hundreds around Buffalo.

Philanthropists who want to make donation please go to www.hhrerilef.org You can make a donation with your credit card or with your PayPal account.

Or if you want to participate to this food campaign project in Buffalo, be a volunteer Please fill out the volunteer form.