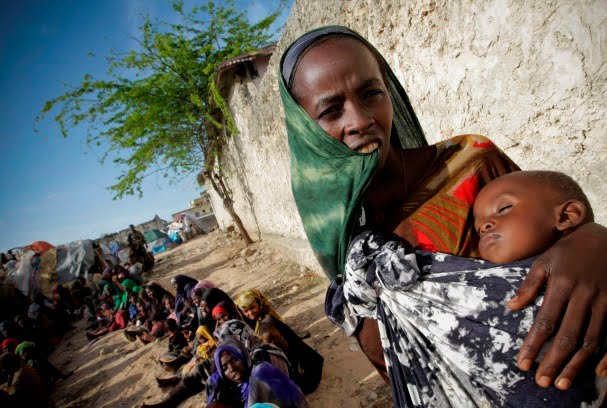 Osman Omar Abdi, director of provincial health services in Mogadishu, alike said in his visit to KYM’s Deva Hospital that the foundation has done an excellent work during the famine period.

“We can’t make sense any of the accusations”

Adow said they can’t make any sense of the accusations by particular media outlets in Turkey saying that no aid has been delivered to the refugee camp in Seyitka, Mogadishu. “This camp is one of the camps assisted by KYM. It’s centrally located in Mogadishu. You can see the parliament building right next to it. The Turkish foundations made considerable donations to the camp,” he said.

Osman Omar Abdi met with KYM official Orhan Erdogan. In his remarks, he said, “I would like to thank the Turkish people and Kimse Yok Mu, above all, for their aid for the Somalis. KYM has been here since 2011 and achieved an excellent work ever since the famine period.”

“The best example of their work has been, I would say, the hospital in this great complex. It’s been serving our people at multiple departments, which saves us from going abroad for medical treatment. Our fellow citizens used to go to countries such as Kenya or Turkey for treatment. This hospital met that need, which is a breath of fresh air for us. I would like to thank the Turkish people and KYM. Turkey-Somalia relations goes beyond the past three years into the Ottoman period. We are thankful for your aid.”

Excerpted from the article published [in Turkish] on Cihan, 16 February 2014, Sunday