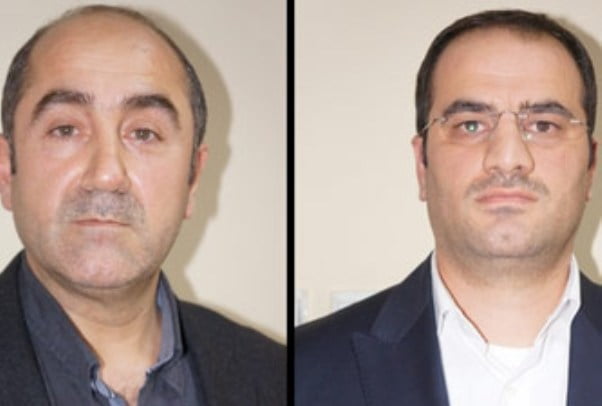 İSTANBUL
The ruling Justice and Development Party’s (AK Party) Erzurum provincial deputy head and two more members of the provincial council resigned from their party due to Minister of Internal Affairs Efkan Ala’s verbal attacks on the Hizmet movement and its leader, Fethullah Gülen, on Monday.

AK Party provincial deputy head Mehmet Akif Kara, along with board members Nihat Arslan and Fevzi Şanal, handed in their letters of resignation on Tuesday. Kara has said that Ala’s remarks on the Hizmet movement and Gülen were a considerable influence on their decision to quit.

Ala clearly, but without openly naming it, slammed the Hizmet movement and its head, Gülen, in a meeting held in Erzurum to introduce mayoral candidates.

“You are denigrating the people — among whom you are based — who are working for the sake of God. Who are you? Who are you? Are you strong enough to deal with this? Is this nation helping you in this? How dare you rise up and initiate a coup plot?” Ala said in his speech.

Ala’s speech was also condemned by other residents of Erzurum.

Meanwhile, 70 civil society organizations in Erzurum have called on Prime Minister Recep Tayyip Erdoğan to stop what they called “his slanderous accusations” against the Hizmet movement.

Critical of the defamation campaign against members of the faith-based Hizmet movement, Mustafa Yıldız, head of the Eastern Anatolia Industrialists and Businessmen’s Federation’s (DASİDEF) high advisory board, said in a joint statement made on behalf of 70 civil society organizations on Monday that “it is better to get rid of the behaviors that are damaging our fraternity.”

Yıldız said the government initiative to close private preparatory schools (dershane), the alleged profiling of Hizmet-affiliated individuals — including classifying, archiving and monitoring them with reference to their religions, opinions and lifestyles — and the allegations that the Hizmet movement is behind an ongoing graft scandal are efforts to harass the movement and cast doubt on its achievements. Yıldız stated that the Hizmet movement is a civil movement that uses volunteers from various segments of society. It serves the public benefit, he said, and labels such as “parallel state” and “Hashashin” are a defamation campaign that is much more aggressive than the tactics widely seen during the postmodern coup of Feb. 28, 1997.

“Blacklisting the businessmen who give their heart to the Hizmet movement and attacking Turkish schools abroad through Turkish ambassadors is wounding our consciences,” Yıldız said.

Erdoğan described a corruption probe involving former ministers of his government as a “treacherous plot” to sabotage Turkey’s international standing during his speech at an annual gathering of ambassadors in Ankara on Jan. 15 and ordered Turkish ambassadors serving abroad to “tell the truth” to their foreign interlocutors.

Without openly naming it, Erdoğan has accused the Hizmet movement led by Turkish Islamic scholar Gülen and its foreign collaborators of attempting to overthrow his government through a “judicial coup” ever since the corruption probe that shook his government became public on Dec. 17, 2013 with a wave of detentions.