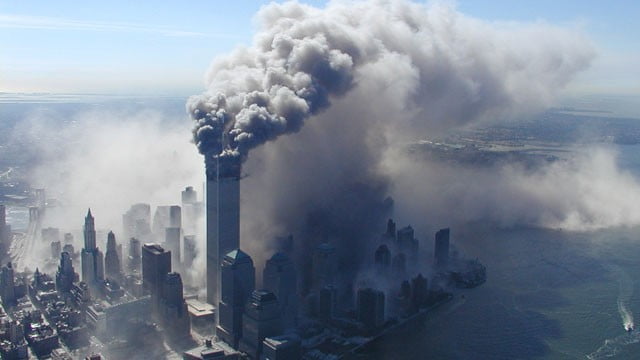 I would like to make it very clear that any terrorist activity, no matter by whom it is carried out or for what purpose, is the greatest blow to peace, democracy, and humanity. For this reason, no one—and certainly no Muslim—can approve of any terrorist activity. Terror has no place in a quest to achieve independence or salvation. It takes the lives of innocent people.

Even though at first sight such acts seem to harm the target, all terrorist activities eventually do more harm to the terrorists and their supporters. This latest terrorist activity, which is a most bloody and condemnable one, is far more than an attack on the United States of America—it is an assault against world peace as well as against universal democratic and humanistic values. Those who perpetrated this atrocity can only be considered as being the most brutal people in the world.

Please let me reassure you that Islam does not approve of terrorism in any form. Terrorism cannot be used to achieve any Islamic goal. No terrorist can be a Muslim, and no true Muslim can be a terrorist. Islam demands peace, and the Qur’an demands that every true Muslim be a symbol of peace and work to support the maintenance of basic human rights. If a ship is carrying nine criminals and one innocent person, Islam does not allow for the ship to be sunk in order to punish the nine criminals; doing so would violate the rights of the one innocent person.

Islam respects all individual rights and states clearly that none of these can be violated, even if doing so would be in the interest of the community. The Qur’an declares that one who takes a life unjustly has, in effect, taken all the lives of humanity, and that one who saves a life has, in effect, saved all the lives of humanity. Moreover, Prophet Muhammad stated that a Muslim is a person who does no harm with either the hands or with the tongue.

I strongly condemn this latest terrorist attack on the United States. It only deserves condemnation and contempt, and it must be condemned by every person in the world. I appeal to everyone for calmness and restraint. Before America’s leaders and people respond to this heinous assault out of their justified anger and pain, please let me express that they must understand why such a terrible event occurred and let us look at how similar tragedies can be avoided in the future. They must also be aware of the fact that injuring innocent masses in order to punish a few guilty people is to no one’s benefit; rather such actions will only strengthen the terrorists by feeding any existing resentment and by giving birth to more terrorists and more violence. Please remember that terrorists represent an extremely small minority within any society or religion. Let us try to understand each other better, for only through mutual understanding and respect can such violence be prevented in the future.

I feel the pain of the American people from the bottom of my heart, and I assure them that I pray to God Almighty for the victims and I pray that He give their loved-ones and all other Americans the necessary patience to endure their pain.

* This is the translation of Gülen’s message that appeared on Zaman daily on September 12, 2001.