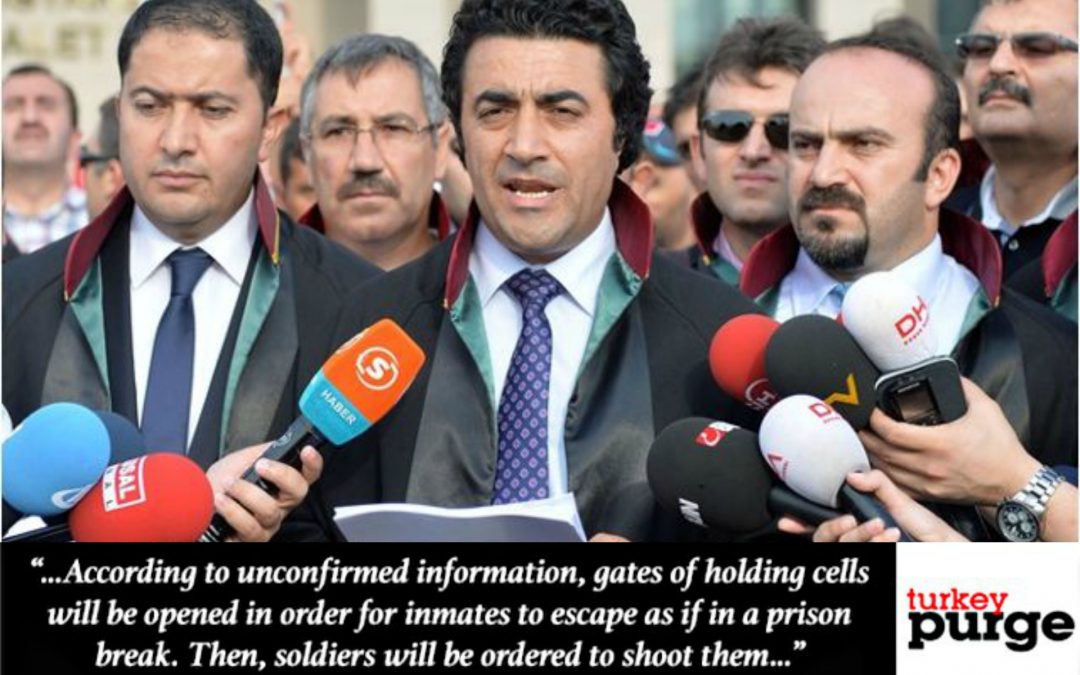 Based on a number of conversations with Turks in the security forces, press as well as some whose family members have been arrested in the widespread purge which Turkish President Recep Tayyip Erdogan unleashed in the wake of the abortive July 15 coup, I had speculated that Erdogan might massacre political prisoners under the guise of crushing a fictitious prison riot.

Now, according to the Turkish press, it appears that the liquidation of prisoners may be getting nearer. A few days ago, a parliamentarian from Erdogan’s ruling party threatened to have people invade the prisons and slaughter the prisoners. It appears Erdogan fears that if the judiciary begins trial for key political prisoners, the prisoners would have a venue at which to speak and raise questions Erdogan does not want addressed, especially with regard to the possibility that the events on the evening of July 15 were Turkey’s equivalent of the Reichstag fire. As far as Erdogan is concerned, burying prisoners might bury discussion of his own crimes.

Is such a fear justified? Consider the following from some on the ground near the prisons: Erdogan has installed anti-aircraft weaponry in Sincan and Silivri prisons where majority of the coup prisoners are kept. There are now reportedly tanks in the Silivri prison, apparently aiming at Building Nine, where Yakup Saygili, the police chief who carried out the corruption investigation into Reza Zarrab which also implicated Erdogan and his sons, is incarcerated. AKP trolls have been circulating kill lists on which Saygili and other prominent prisoners’ names are listed.

Here’s the danger: Erdogan considers President Barack Obama and Secretary of State John Kerry to be weak. At the very least, he realizes that their bark is worse than their bite. If Erdogan orders his forces to fire on the prisons—maximum security facilities where many prisoners are sitting ducks in their cells—the worst he believes he will receive are self-righteous tweets from Kerry or perhaps Samantha Power, US ambassador to the United Nations. Erdogan believes whatever punitive policy they might dish out will last only until the Trump administration takes office. This is one of the reason why the recent rhetoric about Turkey on the part of Vice President-elect Mike Pence and presumptive National Security Advisor Michael Flynn have been quite dangerous.

Sometimes dictators seek praise not because they want rapprochement, but rather because they believe it signals a green light to reprehensible actions.