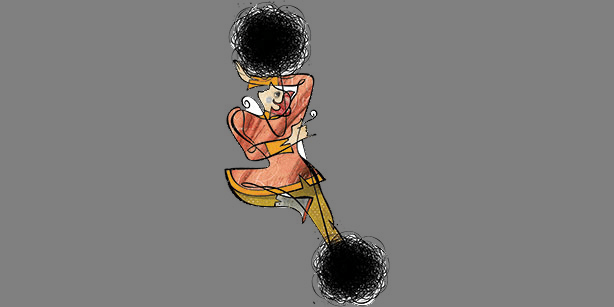 It is sad to observe how Etyen Mahçupyan joined the ranks of columnists who have disappointed not only liberal democrats but also many pious Muslims.

When he acted poorly with regards to the Gezi Park protests in the eyes of liberal groups and leveled accusations against the youths participating in the protests, attaching mocking labels such as “faint-hearted” to them, Mahçupyan actually signaled that he would choose the side of the powers that be and not that of the downtrodden.

Since the graft investigation of Dec. 17, 2013, Mahçupyan has been penning articles that seek to “make the impossible analysis” and feature anachronism and “anti-sociological” approaches to relations between the rulers and the ruled, and this gives the impression that he is tempted by political career potentialities. I think Mahçupyan’s approach sports an intellectual oddity as it rules out the rule of law. Indeed, on TV programs, he justified the recent scandals that undermined the rule of law, saying, “There was never the rule of law in Turkey.”

In a recent interview with the Yeni Şafak newspaper, he carefully avoided making any reference to the recently enacted Internet bill — the likes of which can only be found in China, Iran, North Korea and other repressive regimes — or to the bill that subordinated the judiciary to the complete control of the executive branch. A simple textual analysis of this interview reveals a considerably problematic mindset. His indecision is well evidenced by the fact that at the beginning of the interview, he tries to play on words, saying the graft and bribery investigation of Dec. 17 has surely “dealt a blow” to the government but can hardly be defined as a “coup.” The lack of fluency in his statements may be the result of his attempt to defend an indefensible position. His flat comments, such as “Its timing is meaningful,” come as a surprise to his readers.

Referring to the scandalous illegal transactions uncovered during the graft investigation, Mahçupyan says, “With these transactions, Turkey found a way, without the world’s knowledge, to bypass other countries and make money.” Yet it is quite clear that like any sane columnist, Mahçupyan knows very well no democratic country governed by the rule of law in the global system can or should engage in such financial transactions. The Yeni Şafak newspaper may or may not be aware of this, but with this argument Mahçupyan has put the government in a difficult position, even if he did not intend to do so. If he believes this method of making money was really conducted “without the world’s knowledge,” this conflicts with his journalistic abilities.

Indeed, in 2011, the Hürriyet newspaper wrote that the financial smuggling network led by the Iranian businessman involved in the investigation had been reported by the National Intelligence Organization (MİT) to the Federal Bureau of Investigation (FBI). Although this matter was covered by the media, Mahçupyan seems to be feigning ignorance. Given this, it is quite meaningful for him to imply that our country had made money by catching the entire world unaware. I must note that using the verb “bypass” instead of “engaging in unlawful things” does not eliminate the illegality of the affair. His argument implies that it is acceptable to launder money using the state’s prerogatives and unlawful methods, and this argument is the real cause of the problem. Indeed, if you say “Turkey found a way,” everyone will think you are referring to the government. Is he aware of the fact that he is using phrases that can implicate the very power that is mesmerizing him?

Putting this aside, what is the argument Mahçupyan can come up with in the final analysis? That the “graft and bribery investigation of Dec. 17 is not well meaning,” to borrow his words. Isn’t it extremely ironic? Mahçupyan failed to utter a single remark about the fact that some papers ran headline stories about this scandal several months ago or about those media bosses who unlawfully demanded huge funds to pay the wages of pro-government journalists, but ironically enough, he rushes to talk about the “intention” of the judicial investigations. He claims the world does not know about the illegal transactions although everyone, including the Yeni Şafak newspaper, which he was speaking to, knows about it.

Known for his intelligence, Mahçupyan knows very well the law cannot be analyzed with an emphasis on “intention.” Moreover, what are we supposed to do with the concept of “ill-intention” in the face of the government’s all-out assault on civil society and the allegations about the acquisition of personal wealth using public resources?

What Mahçupyan is telling us is entirely fictional, but it lacks good content, even for a novel. He just let his imagination loose and builds everything on conjecture. He is guided by illusions, but he accuses a huge civil society organization (CSO) of engaging in wishful thinking.” Given the fact that he had always advocated fundamental rights and freedoms, it is sad to see Mahçupyan argue that it is the prerogative of the powers that be to make comments on politics.

To repeat, when we ask “What about the rule of law?” he replies, “There was never the rule of law in Turkey.” In social science, this approach is definitely labeled “bon pour l’Orient,” and it signifies the failure to get rid of Orientalism. Still, let us be fair as Mahçupyan was when referring to Fethullah Gülen: “Still, I must add that a religious leader can still voice his/her mind as long as s/he bears the consequences.” Thanks, Mahçupyan, for your noble-hearted assertion.

No change in AKP?

It is sad to witness Mahçupyan moving closer to Markar Esayan. When he was still a democrat, Esayan had written about the new tactics adopted by the pro-tutelage groups in the wake of the 2010 referendum: “Ankara and the media no longer launch frontal attacks against the AKP [Justice and Development Party]. Rather, they pretend to have surrendered to it in order to transform it gradually. By doing so, they are pruning its reformist character and making it their accomplice.” We should ask the writer of these sentences, “Does it mean you renounce these ideas as you have joined the ranks of a power that completely changed its course to implement anti-democratic practices?”

As a final remark, I should note that Mahçupyan’s analysis of the Hizmet movement’s perspective on the Kurdish issue is wrong. When the settlement process was launched, the Hizmet movement announced its full support for the solution, with Gülen saying, “Peace is in itself goodness, and peace brings happiness.” It advocated non-violent social actors competing with each other freely and under democratic conditions. It openly declared that the right to education in one’s mother tongue is one of the fundamental human rights.

Despite the fact that the Hizmet movement advocates humane, peaceful, contemporary and quality education in the world, Mahçupyan finds it unrealistic and romantic. Left-leaning intellectual and activist Paulo Freire always maintained that education is the best solution to conflict resolution. He rejected physical and psychological methods of violence but proposed humane pedagogical methods. Does Mahçupyan, who accuses the Hizmet movement of softening the repressive state’s practices and of being romantic, believe that Freire is naive and romantic as well? The alternative to peaceful and humanist education is not to reproduce the problematic, neo-nationalist apparatus called the authoritarian and monist state, and it should not be to create a similar totalitarian network. Romanticism is better than totalitarianism.

*Uğur Kömeçoğlu is an associate professor at Süleyman Şah University.