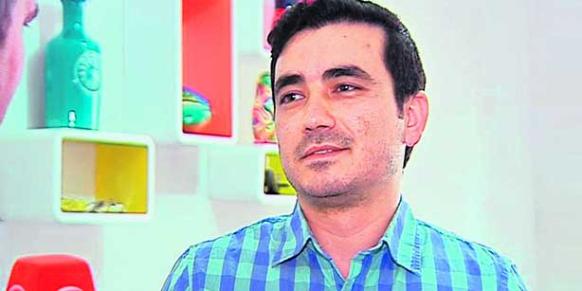 Main opposition Republican People’s Party (CHP) Deputy Chairman Sezgin Tanrıkulu spoke in Parliament on Wednesday about the cancellation of the award ceremony of a short film contest after the competition was won by Seleme Gülen, a relative of Turkish Islamic scholar Fethullah Gülen.

Bringing the issue to the floor of Parliament, Tanrıkulu submitted a parliamentary question to Education Minister Nabi Avcı, querying whether the cancellation resulted from discrimination against Seleme Gülen and asking the ministry to confirm rumors that screenings of the short film by the Ministry of Education were also to be canceled.

Tanrıkulu also asked if the award, which comes with a cash prize of TL 15,000, had been canceled in addition to the ceremony.

The award was to be represented to the contest’s winner with Prime Minister Recep Tayyip Erdoğan, Education Minister Ömer Dinçer and other high-ranking government officials in attendance, prior to being canceled.

In her short film, titled “Apprenticeship,” Gülen highlighted the process of beginning training in the workplace.

Ministry of Education officials have been pursuing a comprehensive investigation to check whether the winners of contests held by government institutions are affiliated with the Hizmet movement, and the realization that Seleme Gülen was a relative of the Hizmet leader resulted in the cancellation of the ceremony.

The award of TL 15,000 has not yet been presented to Seleme Gülen.