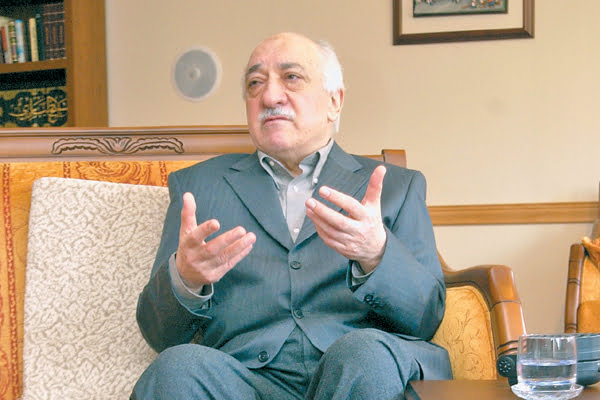 Many writers and academicians attended the introduction and celebration program held in The Kazakhstan Hotel in Almaty, Kazakhstan’s former capital and financial center. The program was organized by the Dialogue Eurasia Platform (DAP). DAP’s  co-chairman Harun Tokak, Azerbaijan Writers Association’s president Anar Rzaev, Writers’ Association of Tajikistan’s vice president Mehmon Bahti, and many other invitees were present at the program.

The articles written by 45 different writers were gathered in a book titled “The Idea Architect”. The writers agreed that Gulen is the “Greatest writer, idea architect and influential person of the 20th century”. They also emphasized that Gulen has opened a new window to the world. The book stated that Gülen has dialogue activities in more than 130 countries, and that Kazakh intellectuals and writers expressed their desire to use Gülen’s ideas in their country, Kazakhstan.

As the president of the Writers’ Union of Kazakhstan and DAP president Nurlan Orazalin stated that everyone should get in touch with each other within the framework of dialogue. Orazalin also said, “Dialogue is a must for a more livable world” and sent greetings to Gulen in the name of all Kazakh writers and academicians.

DAP’s co-chairman Harun Tokak stated that this book was the first of its kind, and he was impressed with the book. Emphasizing Gulen is doing a great service to humanity, he said Gulen is teaching societies that constantly fought in history, to live together in harmony. Lastly he said, “Gulen, with his ideas and works, is building ‘Golden Bridges’ between societies. Then he thanked the Kazakh writers and academicians.

Dialogue Eurasia Platform Kazakhstan Representative Salih Akca said this book is the product of hard work and a model for other countries. He emphasized that this work is the first of its kind. He finished his speech by thanking everyone who had any kind of effort in this project.

Are there any Muslim voices against ISIS? Rita Cosby discusses this issue with Dr. Alp Aslandogan, president of the Alliance for Shared Values whose honorary president is Fethullah Gulen. Dr. Aslandogan clearly states that Mr Gulen has stern stance agains ISIS.