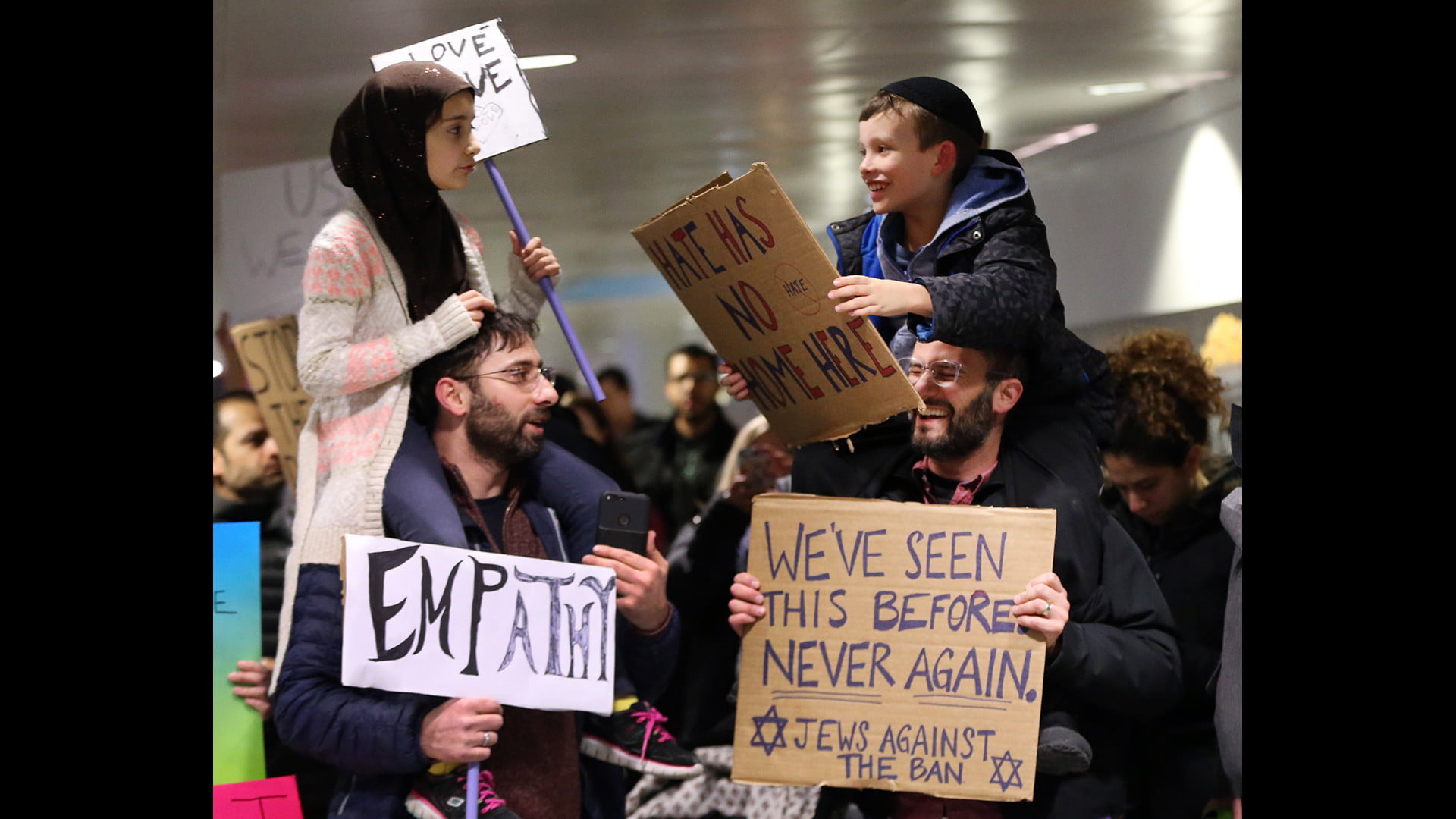 New York (February 3, 2017) – The Alliance for Shared Values (AFSV) is fundamentally commitment to universal values that emphasize the inherent dignity of every human person. As an organization committed to peace, democracy and human rights, AFSV believes the temporary travel ban on citizens from seven Muslim-majority nations, including a ban on the immigration of Syrian and other thoroughly vetted refugees, will not address its intended goals of keeping Americans safe.

The vast majority of the world’s Muslims have proven themselves to be stalwart partners in the fight against terrorism, especially as Muslims themselves are most often the victims of violent extremism.

The world has long recognized that one of the many things that makes the US one of the greatest economic and cultural centers of the world is its commitment to embrace people from all races, ethnicities and religions. The fruits of this commitment depend on resisting simplistic generalizations and political polarization. Therefore we call upon our nation’s political, civic, intellectual and religious leaders—as well as the media—to rededicate themselves to the principles of civil discourse and consensus-building for the common good. We are confident that, inspired by such a rededication, the American people can overcome society’s current and dangerous divisiveness.

AFSV, together with our affiliates and partner organizations, will continue our work facilitating intercultural dialogue, mutual understanding and respect, and the nurturing of an inclusive mindset through education, which we believe serve the interests of America’s national security as well as the security of people around the world.

Fethullah Gülen, the prominent Muslim scholar, preacher and peace advocate, today urged people of all faiths to come together to address global conflict at the first-ever US Muslim-Catholic Dialogue Conference, which seeks to promote interfaith dialogue and mutual respect worldwide.