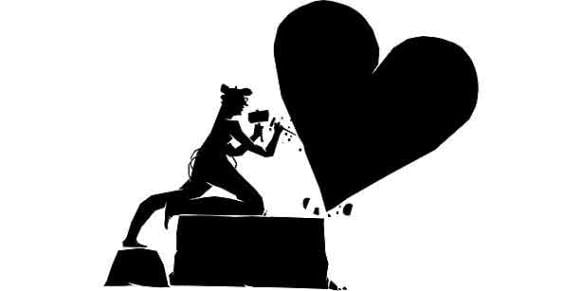 These are difficult times for Muslims. The Islamic World is suffering from a deep economic, political and moral crisis and is taking a downward path in the vicious cycle of corruption, violence, ignorance and oppression. There are, however, several things that offer some warm light in this dark age. The Hizmet movement is one of them. The following are some reasons why I think the movement has great potential in terms of producing an important global influence:

1. The idea: One of the best ways to understand the unifying idea that grounds the whole project of the Hizmet movement is to look at the fundamental sources that are widely circulated among the participants of the movement — like the “Risale-i Nur” collection and Fethullah Gülen’s writings and speeches. This literature aims to establish a healthy relationship between some apparent poles that are usually sharply separated from each other, such as reason and revelation, tradition and modernity, individualism and collectivity, the I and the Other, religion and science, etc. From an intellectual and spiritual perspective, the project seems to be the creation of a consistent and adequate synthesis of these dichotomies with a selective and critical approach. This is a profound and charming idea.

2. The method: Aside from the allure and profundity of the idea, the movement seems to have offered an efficient method to disseminate this proposed idea. Looking at the social, political and cultural projects that the participants of the movement cherish most, one can say that the method provides both a collective and individual service to humanity. Hence, we observe the continuing emergence of institutes and individuals with religious dynamism and passion. The hitherto success of the movement in this regard is quite striking. The participants of the movement have managed to establish educational institutes, interfaith-intercultural dialogue centers, humanitarian aid organizations, media institutions, business associations and health-care facilities that are functioning around the globe. This, one must say, is an admirable achievement for a civil society movement that does not enjoy governmental funds or support.

3. Passion: The movement has a profound idea and an efficient method. The participants also display a deep attachment to and passion for their cause. This is evinced in the globalization of the Hizmet movement, which could not have occurred without the commitment of a large group of people who are willing to act altruistically in the face of a challenge.

4. Demographics: The participants of the movement are mostly between 20-40 years old. This shows that the idea and method of the movement can motivate and mobilize the young. A movement that can speak to young people is more likely to produce a lasting effect. It also gives to the movement a certain mobility in and ability to adapt to different environments.

5. Non-violence: One of the distinguishing aspect of the Hizmet movement is its hitherto success in drawing a sharp line between the participants of the movement and violent religious and ideological tendencies. We encounter no serious charge against the movement in this regard since its inception in the early 1960s. Gülen’s stance against the use of terror in the name of religion is also well-known.

6. Democracy: In sharp contrast to political Islamic ideologies and puritanist interpretations, the Hizmet movement has displayed a consistent tendency toward democracy, moderate secularism and the amelioration of minority rights. This has been particularly evident in Gülen’s writings and talks since the 1990s. It is possible that, being a part of Turkey’s belligerent and instable political environment, some participants and institutions affiliated with the movement might not have always acted consistently with the lofty ideals of democracy and freedom. But during this past year, the continuing onslaught of the government of President Recep Tayyip Erdoğan on the Hizmet movement, I believe, has caused participants on all levels to have a deeper realization of the value of democracy and freedom. Now, democracy is not a just a theoretical question for participants but also an existential pursuit.

So we have a global, nonviolent, pro-democracy, faith inspired, civil society movement with a profound idea, an efficient method and a large group of dedicated people. It is true that there is much room for improvement in all these areas for the movement. Nevertheless, we can at least say that these features and the hitherto global success of the Hizmet movement imply that the movement has the potential to play an important role in shaping the future of the global Muslim experience.

In a world where all types of cruelties, atrocities and immoralities are being committed in the name of Islam, the participants of the Hizmet movement must always act with an eye on this great potential and the responsibility it entails.

This is what I meant by the “responsibility of the Hizmet movement.”