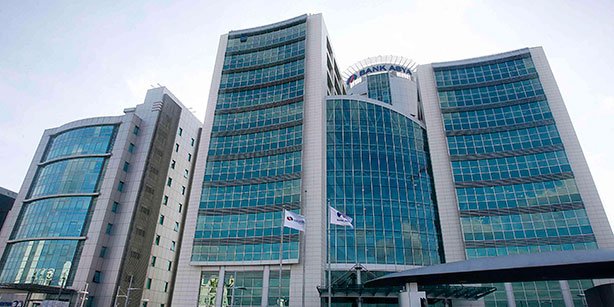 CHP Deputy Chairman Faik Öztrak submitted a question addressed to Deputy Prime Minister Ali Babacan in Parliament on Sunday. He asked how much money these state-owned companies and institutions had in their accounts in Bank Asya prior to and after Dec. 17.

A number of media outlets have circulated stories about a government-instigated plan to sink Bank Asya with massive cash withdrawals as a form of vengeance against the Hizmet movement, working to spread tolerance and interfaith dialogue all around the world while signifying the importance of education which, through the media, had called on the government to stop intervening in the judiciary to disrupt a graft investigation.

A group of public prosecutors kicked off a dragnet against a corruption and bribery network on Dec. 17 involving prominent businessmen with close links to the government, the sons of three ministers who later either resigned or were discharged, a mayor from the ruling party and the general manager of state-owned Halkbank.

The government has removed thousands of police officers and dismissed all the prosecutors involved in this investigation as well as a number of other investigation attempts which were stillborn as the government ordered law enforcement not to obey judiciary personnel.

Öztrak’s questions included whether there have been any inspections into claims made by newly appointed Interior Minister Efkan Ala that a bank had stocked up on greenbacks from the market before the Dec. 17 operation and made a profit of $2 billion when the exchange rates later registered a spike. “If these claims are not true, have there been any legal proceedings taken against those behind such libel within the scope of the relevant articles in the Banking Law about the protection of the credibility of financial institutions?” he asked in the parliamentary question.

Ala did not give the name of the bank in his remarks, made during a TV program, but the pro-government media ran stories about his remarks, clearly targeting Bank Asya. Respected independent economists denied the allegations on the grounds that these claims are completely unreasonable since in order to make a profit in the mentioned amount, Bank Asya would have needed to buy up at least $30 billion from the markets, which is impossible given both the market conditions and the bank’s total assets as of the third quarter of 2013, which were only TL 28 billion ($12.5 billion). Both the Turkish Central Bank and Bank Asya disproved these claims by displaying documents of dollar transactions during the mentioned period. Ala had claimed that he has the evidence to prove this claim but has failed to share anything to support his claims.

Öztrak also asked Babacan how much profit public institutions waived with their early withdrawals. The Taraf daily claimed in a report last week that the first company to withdraw its money from Bank Asya was Turkish Airlines (THY) and that Chairman Hamdi Topçu was the person who gave the order to reportedly withdraw around $300 million before its expiry term, hence waiving a profit sharing loss of $10 million.