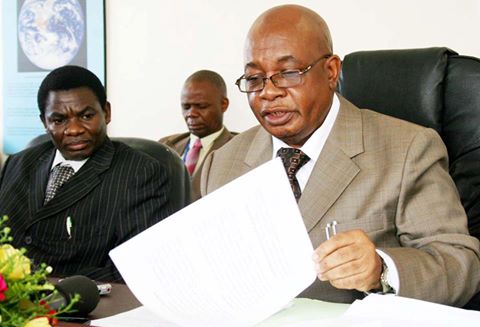 Phiri was speaking during a scholarship event held in the capital, Lusaka, on Oct. 13 for 39 students who won full scholarships as a result of cooperation between the Zambia Turkish Business Association (ZATBA) and Horizon College, built and operated by Turkish businessmen inspired by the teachings of Turkish Islamic scholar Fethullah Gülen, in Johannesburg.

“We have determined 39 students who are intelligent but in need of financial support. Turkish educators have offered them education on full scholarship at Horizon College. I applaud this important and impressive attempt aimed at contributing to education [in Zambia]. I advise you to do the same,” Phiri said during the event, sponsored by ZATBA.

Addressing the Turkish educators and businessmen as “my friends,” Phiri stated: “You play [an important] part in the development of our country. We have a lot to learn from your association and school. If I had the authority — maybe I should ask for the authority from our president to decide on this issue — I would let you manage all the schools [in Zambia].” Addressing the students at the event, he said, “You are the symbols of the generation our government desires to raise.”

The education minister urged other schools in Zambia to follow the practices employed by Horizon College in order to improve their schools. Asking for more Turkish schools to be built in other provinces, Phiri said: “We especially request more [Turkish schools] to be built in Ndola and Kitwe provinces. Do you promise to do so?” Phiri added they are grateful to Horizon College for enabling many Zambian students to be educated in Turkish universities.

Horizon College was opened in Lusaka in 2011, with Zambian President Rupiah Bwezan Banda inaugurating the event.

Turkish President Recep Tayyip Erdoğan has declared the Gülen movement, also known as the Hizmet movement, as the enemy after a corruption scandal implicating people in his inner circle erupted with a wave of detentions on Dec. 17, 2013. He has since extended the unflinching crackdown on the movement beyond the borders of Turkey and has launched a relentless campaign to close any institution, association or school he considers to be linked with the Gülen movement wherever it might be located, be it in Europe, Africa or Asia.

However, the campaign against the schools has had no repercussions abroad apart from negatively affecting Turkey’s image in the international landscape.