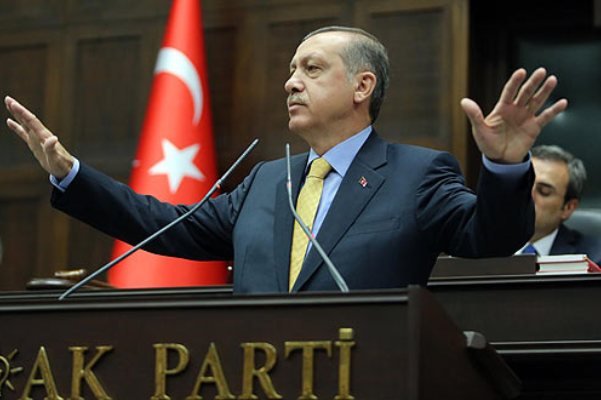 The draft bill on what constitutes a state secret in Turkey that brings harsh penalties for disclosure has sparked concerns in Turkey against the background of the revelation of confidential documents that exposed massive government profiling of innocent citizens.

The draft law states that disclosing or providing access to pieces of information or documents that might undermine foreign relations, defense or the security of the country or that may pose risks to the constitutional order or foreign relations will be regarded as state secrets. Those who fail to keep classified state documents secret will be punished as outlined by Article 258 of the Turkish Penal Code (TCK). If state secrets are revealed through the media, press or the Internet, the punishment will be increased by half. This makes a prison term of six years.

Starting last month, the Taraf daily published several confidential documents suggesting that the Justice and Development Party (AK Party) and the National Intelligence Organization (MİT) profiled individuals linked to some religious and faith-based groups. The party admitted to the authenticity of the documents but argued that no action was taken to implement the policy prescriptions they contained.

Last week, however, the Prime Ministry, MİT and the National Security Council (MGK) filed a joint criminal complaint against the daily and Baransu for revealing confidential state documents. The complaint immediately sparked an investigation into the journalist. Baransu now faces charges of acquiring confidential documents crucial to state security, revealing state secrets and political and military espionage. He could face a prison term of up to 43 years if convicted of the charges. A state secret is a concept that is difficult to define with precision, according to prominent legal experts, and giving broad authority to a board to decide which documents are to be considered state secrets is anti-democratic.

The draft law, which is pending discussion and voting in Parliament, envisions redefining the identification, preservation and disclosure of classified information and documents. In addition to redefining the concept of what constitutes a state secret, the draft law would institute a time limit on the confidentiality of such secrets — a maximum of 50 years.

Taraf reported on Thursday that if enacted, the draft law on state secrets will introduce a board that will decide, on the basis of certain criteria, which documents or pieces of information should be regarded as a state secret and thus not revealed to the public.

According to the bill, a newly established State Secrets Board (DSK) will be composed of undersecretaries from the Justice, Interior, Foreign and Defense Ministries and chaired by the undersecretary of the Prime Ministry. The DSK will define the concept of state secret and classify documents accordingly. If there is a legal challenge to the DSK’s decision, a higher board called the Supreme Board of State Secrets (DSÜK), comprising Cabinet members from the same ministries and chaired by the prime minister himself, will have the ultimate authority to decide.

Republican People’s Party (CHP) Mersin deputy Ali Rıza Öztürk, a member of the parliamentary Justice Commission, told Today’s Zaman that the draft law would pave the way for the state to commit crimes under the veil of state secrets. “[If enacted] the law will allow the political power of the country [referring to the government] to keep any document or pieces of information it wishes a secret from the public.”

Öztürk also said the draft law is against the Constitution, adding that it will restrict people’s right to information while expanding the government’s “scope of secrecy.”

Retired military judge Ümit Kardaş, speaking to a Turkish daily on Thursday, said giving such broad authority to the prime minister is anti-democratic. “If enacted, the state secret law will drag Turkey into fascism,” he cautioned.

Nationalist Movement Party (MHP) Deputy Chairman Oktay Öztürk, also a member of the parliamentary Justice Commission, says it is anti-democratic to give a board to be chaired by the prime minister the authority to decide what constitutes a state secret. “The draft law [on state secrets] has no side to be approved of as it will not lead Turkey into peace or stability or make Turkey a democratic place,” he stated.

An AK Party member of the parliamentary Justice Commission, on the condition of anonymity, told Today’s Zaman that the draft law drew harsh reactions from a group of legal scholars who expressed their opinion as the commission discussed the draft law.

“Those experts said the draft law would drive Turkey back to the past and that it would hurt the country’s democratic gains. Although the draft law was approved by the commission, the government has been unwilling to take it to Parliament’s agenda [for discussion and voting] since then. The reactions of those legal scholars could have an impact on this unwillingness,” he stated.

In addition, the DSK may deny state secrets to the requesting courts by providing justification for it. “The board may choose to not submit the information, documents or records demanded by courts, providing that the reasonable grounds for rejection of the courts’ demands are expressed.” Other confidential information that is not classified as a state secret will be released to the courts.

According to Taraf, the draft law gives broad authority to the prime minister to decide which documents to be considered as state secrets. As the chair of the DSK, the prime minister will be able to propose which documents and pieces of information should be recognized as confidential by petitioning the board. The chief of General Staff, ministers, the MGK and other state organizations and institutions will also have the right to make such a petition.

In addition, the Turkish Economic and Social Studies Foundation (TESEV) voiced criticism of the draft law in its report in November. According to the foundation, a state secret is a concept that is difficult to define with precision, which may lead all documents and pieces of information to be classified as secret by the state. In addition, stated TESEV, the fact that the DSK may deny state secrets to the requesting courts is “dangerous” as that may be aimed to protect state agencies from judicial supervision.