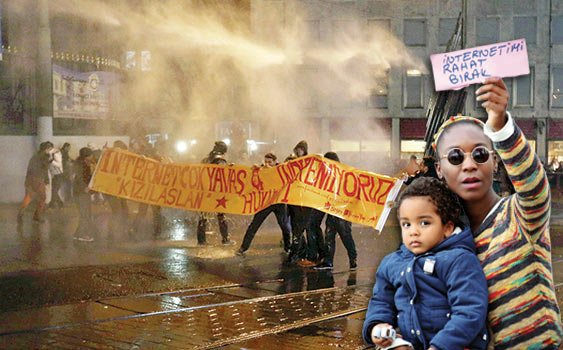 The authorities had previously reassigned thousands of police officers and about 20 prosecutors and fired some state TV officials in response to the graft probe, the biggest challenge to Erdogan’s 11-year rule.

Investigators are believed to have been looking into allegations of corruption and bribery involving trade in gold with Iran and big real estate projects, although full details of their charges have not been made public.

The prime minister says the investigations, which began a month ago with arrests of high-profile figures including the sons of three of his cabinet ministers, are part of an attempted “judicial coup.”

His opponents say they fear a purge of official bodies will destroy the independence of the judiciary, police and media.

“It’s like reformatting a computer. They are changing the whole system and people in various positions to protect the government,” said Akin Unver, assistant professor of international relations at Istanbul’s Kadir Has University.

Among dozens of officials dismissed in the latest round of firings, Turkish media reported Saturday that the deputy head of the banking watchdog BDDK and two department heads had been removed.

Five department chiefs were fired at the Telecommunications Directorate, a body that carries out electronic surveillance as well as serving as the country’s telecom regulator, and a dozen people were fired at Turkey’s state channel TRT, including department heads and senior news editors.

A government official said the firings were for “the benefit of the public” and that more could come.

Pictures of money-counting machines and reports of cash stacked in the homes of people linked to the graft investigation have caused an uproar among the Turkish public.

Unver said the aim of the purge at the telecom watchdog could be to prevent further videos and pictures being published on the Internet. “They are seeking [to impose] a monolithic structure over the Internet,” he said.

Several thousand people took to the streets in Turkey’s biggest three cities Saturday demonstrating against a government-led draft bill to increase controls over the Internet. The bill would give the courts the power to rule on removing online material that “violates individual rights,” an article that opponents say is murky and could lead to the arbitrary closure of Web sites.

In Istanbul’s Taksim Square, where police fired tear gas and water cannons to disperse the crowd, protesters called for the government to resign. Some chanted: “There are thieves around,” referring to the corruption allegations.

Erdogan has suggested that the graft inquiry, which has led to the resignation of three cabinet ministers and the detention of businessmen close to the government, is an attempt to undermine his rule that has been orchestrated by Fethullah Gulen, a U.S.-based cleric with influence among the police and members of the judiciary.