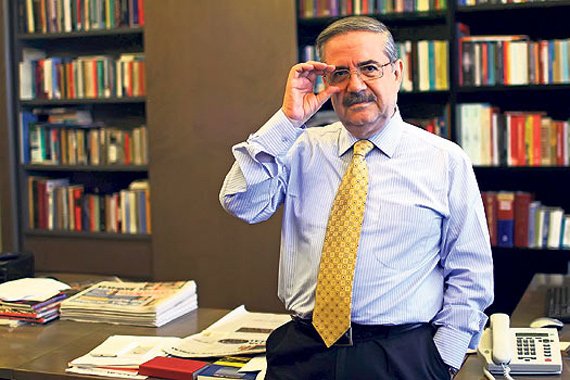 The Central African Republic is one of the poorest countries in the world. In its capital Bangui, even electricity is not stable! We’ve arrived in Bangui during the night. Roads were terrible. We got to our hotel at midnight but even though our rooms were at the 11th floor, the elevator was not in service. So they recommend us to go to the guesthouse of the “International Central African Turkish School”. It’s one of those Gulen-inspired schools.

Principal of the school Yaşar Sağınç is from Van.. I asked him and he said he was Kurdish. His wife Ayda is Kyrgyz though! They got married when he was working at a Turkish School in Kyrgyzstan. Their daughter Zeynep is 11 and their son Yusuf is 6.

Apart from Turkish, Zeynep speaks Russian, English and she’s learning French at school. She reads poems of Arif Nihat and Mehmet Akif for us. Her favorite lesson is maths, and it turns out that she promoted two classes at school.

We talk to Ayda about her daughter and I tell her that Zeynep is a genius and a future Harvard student. She answers by saying InshAllah. Cute African students perform Turkish folkloric dances, they also sang songs in local languages and of course in Turkish. I congratulated them all.

Regardless of race and religion

10 percent of the country is Muslim, the rest is Christian. 25 percent of the students are Muslims, the rest of them are Christians. They are all studying in harmony regardless of race and religion. The school opened 6 years ago with 45 students, now they have 750 students! Half of the teachers are Turkish and half of them are from Central Africa. President Frances Bozzi promised them that he’ll give land for 3 more schools.

Volunteer doctors from Manisa treated for the local people and they carried out surgeries. With the help of Anatolian people, Eid (Feast of Sacrifice) meat is being distributed to these Africans, who perhaps have never seen meat in their lives before. Not only the people are satisfied with these schools but also the governments. This is the case with all the schools I have seen.

So we continue our trip with Gabon. It’s a Christian country and the Muslim President Ali Bongo Ondimba’s grand children are going to these schools. So many students requested to enroll in these schools from French schools. So they enroll them through examination. Yaşar Yılmaz, the principal of the Turkish school in the capital Libreville and his friends organize country-wide mathematics olympiad every year with the participation of almost thousand students. It’s quite prestigious for the winners.

I’m not sure if the Western Missionaries are this successful.

I participated in this trip as the president of Fatih University Prof. Şerif Ali Tekalan politely invited me. In our talks with the teachers, I’ve mentioned Ömer Lütfi Barkan’s “Turkish Dervishes” and Dr. Albert Schweitzer, who devoted his life to the treatment of the diseased in the missionary hospitals of Congo. Mr. Tekalan took notes and he said he would distribute Dr. Albert Schweitzer’s books to teachers. Idealist teachers in these schools are serving people with a great deal of sacrifice and a great awareness of their mission. Prof. Tekalan informs us that there are Turkish Schools in 140 countires and Turkish Cultural Centers are active in 30 countries worldwide. These institutions are established respecting the law in those countries. They are financed by companies, who pay their taxes. There’s a fee for education, but there are quotas for the needy. The money for the land is provided by the “Anatolian Tigers” who are businessmen from Turkey. All these schools can be inspected financially as everything is transparent.

A notion of piety goes along with a mission awareness, modern education and commercial entrepreneurship. What is the meaning of this? I will write about this tomorrow.

Kazakh Ambassador Canseyit Tüymebayev thanked the businessmen who invested in his country and the educators who opened schools in Kazakhstan despite the risks right after the nation declared its independence 20 years ago. Tüymebayev presented medals to Harun Tokak and Ali Tokul among others. AHMET TEMİR , İSTANBUL Turks who have contributed to Turkish-Kazakh relations […]