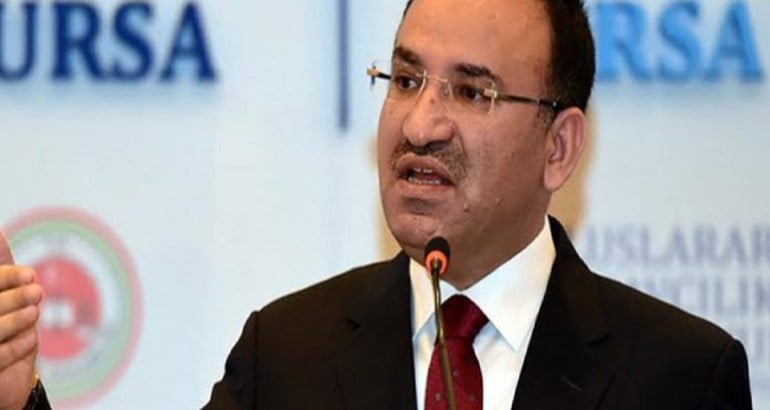 Speaking with Milliyet daily on Monday, Bozdağ said Gülen movement followers take Christian names and show themselves as members of Christian society in order to infiltrate institutions of the Western states. Underlining that the group has been educating Americans in schools in the US and imposing the ideology of the movement, Bozdağ said “this terror group is a threat to Turkey’s national security as well as a threat to national security of yours (US).”

“F..Ö members change their Turkish names in US. They take Christian names, take different names and join into Christian groups as they are Christian converts in order to gain prestige and power from those groups. There are lots of similar cases in recent days. What I say now is that if you (Western world) don’t take the measures, similar to Turkey took against this group, they will betray you. Why not those who betray their own state and nation, will not betray US and the other states? … They might have simile [at me] saying ‘what is that this minister saying’, but probably they will have to take tougher measures [against Gülen followers] after 15-20 years,” he said.

Since the Turkish government launched a large-scale witch hunt against followers of faith-based Gülen movement, inspired by the views of US-based Turkish scholar Fethullah Gülen, the movement has been scapegoated for anything that goes wrong in Turkey, and Gülen sympathizers have been alienated in public by the rhetoric used by ruling Justice and Development Party (AKP) leaders and Turkey’s autocratic President Recep Tayyip Erdoğan.

Despite Gülen and the movement having denied the accusations, Erdoğan and the government launched a widespread purge aimed at cleansing sympathizers of the movement from within state institutions, dehumanizing its popular figures and putting them in custody. Over 138.000 people have been dismissed from their jobs, more than 106.000 were detained and nearly 53.000 jailed over alleged links to the movement.