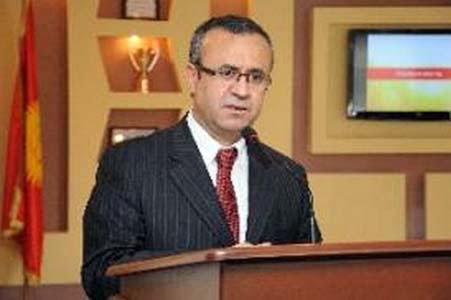 The folk dance performance of the students drew long applause from the audience.

Talieva stated in her keynote speech that: “New generation has moral problems in these days. The students in Turkish schools are very well mannered. We have not seen or heard any unpleasant behavior of a Turkish school graduate.” She thanked Orhan Inandi, executive director of the Internationa Sebat Educational Institutions, for their contributions to education in her country and she honored Inandi by dressing him up with traditional Kyrgyz robe.