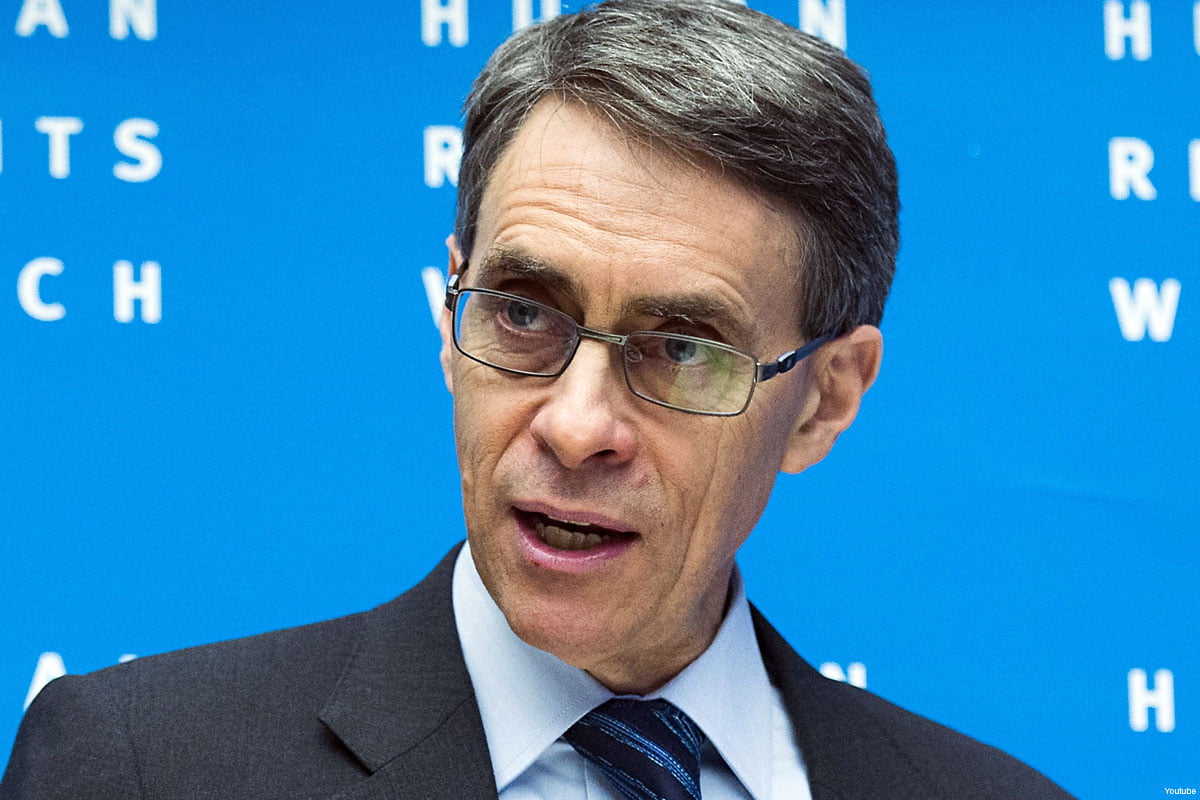 “Beyond the complete lack of due process, the six Turks who may have been sent from Kosovo to Turkey would face severe risk of torture and abuse. Whereabouts unclear,” Roth said on his Twitter account.

Beyond the complete lack of due process, the six Turks who may have been sent from Kosovo to Turkey would face severe risk of torture and abuse. Whereabouts unclear. https://t.co/eYJljsBvqz pic.twitter.com/rzCDRxXAld

The New York-based human rights watchdog had earlier on Friday called the arrest and removal of the Turks from Kosovo “a callous disregard for human rights and the rule of law.”

“In addition to the questionable arrests, the men were sent to a country where they face a serious risk of torture. The Kosovo President, Prime Minister and speaker of parliament, who claim no knowledge of the operation, should demand a thorough investigation and explain how this travesty took place,” HRW added.

On Thursday morning Kosovo police arrested six Turkish nationals, one doctor and five educators, working at a group of schools affiliated with the faith–based Gülen movement.

The arrest sparked a political crisis in Kosovo, with Prime Minister Ramush Haradinaj saying on Thursday, “The entire operation — revoking their residence permits, detention, emergency deportation and the secret extradition to Turkey of the six Turkish citizens from Kosovo territory — was conducted without my knowledge and without my permission.”

On Friday, Haradinaj dismissed the interior minister and the secret service chief.

President Hasim Thaci expressed disappointment that Kosovar institutions had failed to protect the human rights of foreign nationals working in the country but later said he was informed by the intelligence service that “their arrest and deportation is related to their illegal and dangerous activity in Kosovo.”

He also hinted that he was not pleased with the dismissal of the interior minister and secret service chief.

Turkish President Recep Tayyip Erdoğan on Friday expressed satisfaction with the abduction of the six Turkish nationals and vowed to bring all people affiliated with the movement to Turkey in similar operations.

Erdoğan and his ruling Justice and Development Party (AKP) government pursued a crackdown on the Gülen movement following corruption operations in December 2013 in which the inner circle of the government and then-Prime Minister Erdoğan were implicated.

Erdoğan also accuses the Gülen movement of masterminding a failed coup attempt in Turkey in 2016.

Despite the movement strongly denying involvement in the coup attempt, Erdoğan launched a witch-hunt targeting the movement following the putsch.

A total of 62,895 people were detained in 2017 as part of investigations into the movement, according to Interior Ministry reports.

A senior member of the European Parliament (EP), German Liberal Alexander Graf Lambsdorff, said the Turkish press is intimidated and under pressure, and also strongly criticized the new Internet law.