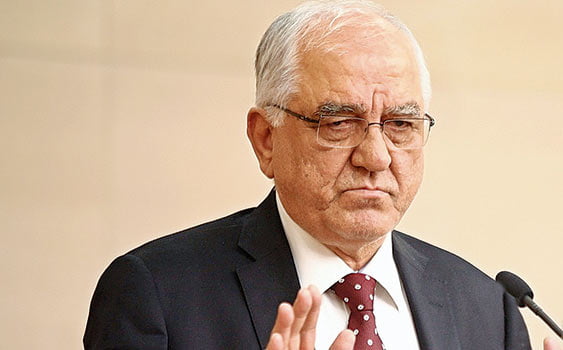 Turkey’s Supreme Board of Judges and Prosecutors (HSYK) reassigned the Chief Prosecutor of Istanbul, Turhan Çolakkadı, from his office to a passive position on Jan. 16, as a part of a reshuffle move involving some 20 prosecutors in critical positions.

The move follows a decision by the board on Jan. 15 to change two names in the first department of the board which is in charge of promotions and appointments, as proposed by Justice Minister Bekir Bozdağ as the Chair of the HSYK.

Çolakkadı’s name was recently involved in a row with another Istanbul prosecutor, Muammer Akkaş, last month, when Akkaş wanted to open a second wave of a corruption probe right after a major one started on Dec. 17, 2013, but was stopped as the new Istanbul Police Chief Selami Altınok who refused to implement the prosecutor’s orders to carry out the arrests.

Altınok was appointed to the post after the government had removed the former police chief, Hüseyin Çapkın, right after the corruption probe arrests which involved the son of the interior minister of the time.

The probe has led Prime Minister Recep Tayyip Erdoğan to sack four of his ministers whose names were involved in allegations from the Cabinet. Erdoğan considers the probe as an unnamed “coup attempt” against his government by the sympathizers of Fethullah Gülen, a U.S.-resident moderate Islamist scholar who used to be an ally of Erdoğan’s Justice and Development Party (AKP) up until recently.

Bozdağ also gave permission for investigations against three Istanbul prosecutors, Akkaş, Zekeriya Öz and Celal Kara, whose names are involved in the probe operations while blocking an investigation against Çolakkadı, who had opposed Akkaş.

The HSYK decree yesterday also demoted Çolakkadı’s three deputies, Fikret Seçen, Cihan Kansız and Ali Güngör to rather passive positions in and around Istanbul. Hadi Salihoğlu was appointed as the new Chief Prosecutor for Istanbul.

Both Çolakkadı, Öz, Seçen and Kansız are prosecutors who had overseen a number of probes and court cases such as Ergenekon, Balyoz and KCK between 2007-2012 against alleged coup attempts by groups within the military and outlawed Kurdish organizations during the time when Erdoğan favored the support of Gülen, who allegedly has sympathizers particularly in the judiciary and the police force.

Piotr Zalewski / Diyarbakir, Turkey If anything, the tiny, informal gathering in Diyarbakir reveals a side of the Gulen movement that is key to its power — its management at the grass-roots level. Opening an Excel file on his laptop, Ozdemir the teacher asks each of the eight men present to report how much money […]