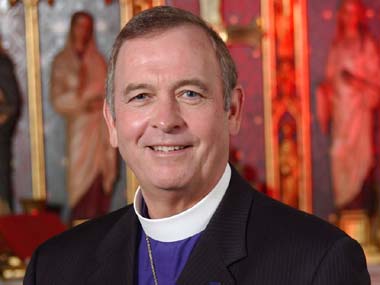 Eighth Bishop of Washington in the Episcopal Church John Bryson Chane has said Turkish scholar Fethullah Gülen is probably one of the greatest scholars and religious people in today’s world.

Speaking at a Jan. 20 meeting of the Rumi Forum, a think tank established by Turks living in Washington, D.C., to foster intercultural dialogue, the bishop praised Gülen and the Gülen movement inspired by him. During his speech, titled “Interfaith/Intercultural dialogue: a First Priority in the 21st Century,” Chane referred to Gülen as a “magnificent man”:

“In the 50 books he has written he has probably been one of our greatest voices. He is a scholar and communicator who has really addressed — not only the role of religion — but the place of religion as an antidote to violence throughout the world, stressing the importance of the need to come to the table for dialogue and conversation.”

Bishop Chane serves a diverse diocese of 91 congregations, 23 church-related schools and 45,000 members in the District of Columbia and the counties of Prince George’s, Montgomery, Charles and Saint Mary’s in the state of Maryland.

Noting that Gülen has contributed much to the life and stability of the global community already, Chane said, “I really want to make a point in recognizing him and honoring him for the work he continues to do for global peace among all of God’s children.”

Gülen, a Turkish Islamic scholar well known for teachings that promote mutual understanding and tolerance between cultures, is now residing in the US. Gülen has pioneered educational activities in a number of countries, along with efforts to promote intercultural and interfaith activities around the world. One of the world’s most influential Islamic scholars, Gülen made the top of the list of “The World’s Top 20 Public Intellectuals” in the magazines Foreign Policy and Prospect in 2008.