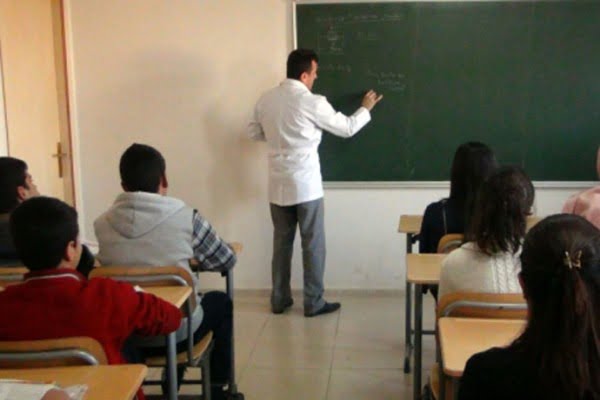 The draft law intended to close down prep schools that was prepared by the incumbent Justice and Development Party (AKP) was recently sent to Parliament.

Despite a furious debate last autumn, the AKP decided in the end to take the political risk related to the detrimental consequences of this law. I will try to summarize these consequences in this column, but let me first note that the date of implementation of the law has been postponed until September 2015. That is, once the election period is over.

What does the draft law say? No prep schools — the establishments that help Turkish students prepare for high school and college entrance exams — will exist when the entrance exams are held in 2016. Until September 2015, existing prep schools have the option of transforming themselves into private schools. In order to encourage this conversion, but also to avoid brutal closures, the state will be providing subsidies — not just to the new, transformed private schools, but to all of them. Otherwise, the law is at risk of being declared unconstitutional on the grounds of unequal treatment and unfair competition.

For each school year, private schools will receive a subsidy for the places that are unfilled and then given to students incapable of affording the school fees. In other words, the existing private schools whose good reputation allows them to fill all their available places will not receive any subsidy. The others, including, the private schools that were converted from prep schools, will receive subsidies in accordance with the number of poor students accepted to fill the remaining empty places.

It is expected that many low income families will decide to send their children to a private school of their choice thanks to the subsidy. Furthermore, the precise amount of the individual subsidies will be decided according to geographic region, the income level of the student’s family, the total number of students in the region and the performance of the school, as well as of the student. But in any case, these differentiated amounts cannot be very high because of fiscal discipline constraints.

Without a doubt, those principles are so complicated that it will be very difficult to set objective quantitative criteria regarding the subsidy amounts. The law, if implemented, has a great potential to cause a real mess. So I am very doubtful about the future of this law, but let’s suppose that it is implemented. The consequences will be unbearable for the AKP government.

The first adverse effect is related to unemployment. The AKP did not keep its promise to provide jobs at public institutions to all the prep school teachers who are not hired by the new private schools. Only teachers with six years of experience will have the chance of being hired at public schools. Thus, tens of thousands of prep school teachers will definitely lose their jobs since only the large, well-established prep schools can take the financial risks of re-establishing themselves as a new private school. Indeed, there is actually a sizable unused capacity in many of the current private schools. Tens of thousands of people working in the sectors related to prep schools as well as those providing services at these facilities will also lose their jobs.

Moreover, the AKP government will also face other nasty problems. The demand for extra courses will not disappear, since the entry exams will not disappear. Each year nearly 4 million students take these exams, but only a minority of them can gain entry to the schools of their choice since the quality of high schools as well as that of universities varies significantly. The huge gap existing between the limited number of places available at the best schools and the demand for them leads to strong competition.

So, we will witness a proliferation of underground individual prep schools that will be started by the unemployed prep school teachers. This will not only cause tax losses for the state but will make the education system more unfair and unequal since private tutoring prices will go up and that will diminish the number of students getting extra help for the entry exams.