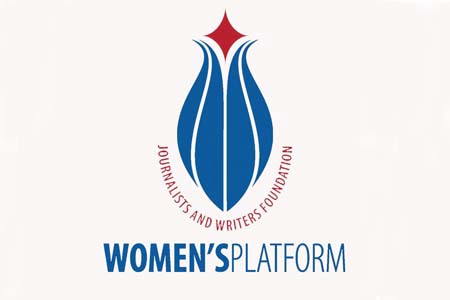 The Journalists and Writers Foundation Women’s Platform, which hosts many international meetings, is organizing a workshop on “Refugee-Asylum Seeker Policy of Turkey in the Light of Recent Developments” on April 25, 2013.

Refugee issue has become a hot topic in Turkey, especially with the influx of a large number of Syrian people to Turkey due to the current conflict in Syria. In this workshop, the issues will be analyzed, related problems will be identified, and steps towards a solution will be discussed along with the Government and NGOs.

This event will be organized by the Women’s Platform of the Journalists and Writers Foundation, which has General Consultative Status in UN ECOSOC. A speech will be delivered at this workshop by Carol Batchelor, the United Nations High Commissioner for Refugees’ representative in Turkey. Several national and international NGO representatives, government officials, journalists, academicians and representatives of diplomatic missions will participate as speakers or panel participants.

The meeting will be a full-day event and will take place at the Rixos Grand Ankara Hotel. A final declaration reflecting the views of the participants will be made at the end of the workshop.

Turkey’s Position and Its Practices Pertaining to Syrians in Turkey

The New Legislation on Refugees in Turkey and The Field Studies

JWF Women’s Platform was established in order to solve several problems in an atmosphere of dialogue, in line with the purpose of Journalists and Writers Foundation. Without being advocate for or against a gender, the aim is identification and resolution of existing problems and being another wing and method of generalizing dialogue within the country.

The mission of the platform is to bring together women from different worldviews; to improve the dialogue through the common ground of being human first and then being women; and to put forward some projects for finding solutions not only for women’s problems but for those of all humanity.