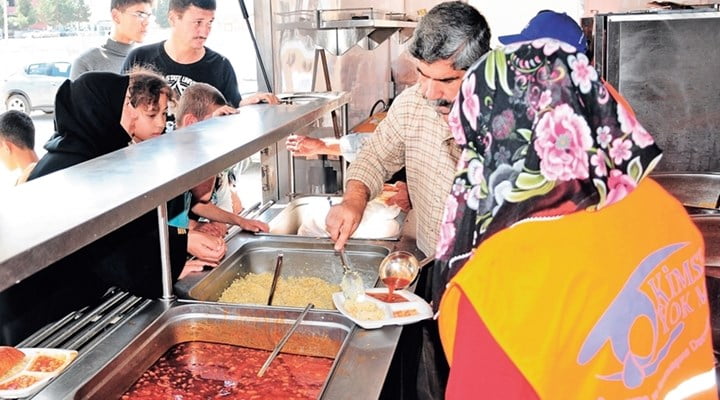 The humanitarian aid group Kimse Yok Mu (Is Anybody There) has been providing help to Syrians who fled the civil war in their country and taken shelter in the southeastern province of Kilis.

The total amount of the aid and meals provided by Kimse Yok Mu to Syrian refugees in Kilis cost around TL 9 million since the war in Syria began three years ago.

“We will continue to provide meals as long as it is required,” Çakmak added.

Designated a nongovernmental organization in March 2004, Kimse Yok Mu started its work following a devastating earthquake in Turkey in August 1999 and adopted its name (Is Anyone There?) from the cries of people who remained trapped under the rubble.