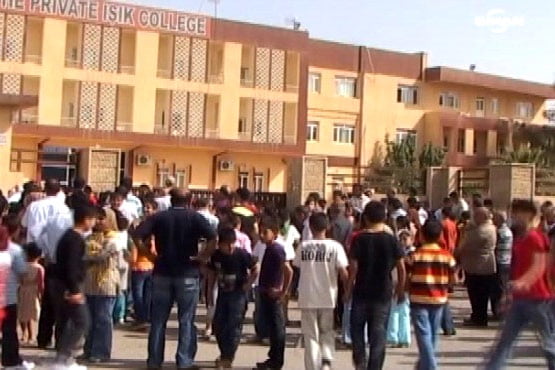 The competition is high for students who are looking to attend the Fezalar Educational Institution in northern Iraq. 7,250 students have applied for the entrance exam, however, only 650 seats are available for new students.

The institution was founded nearly 14 years ago in Turkiye. Since then, it has branched out to five countries, including its newest location in Iraq. Many students are looking to attend the school because of the opportunities it offers for education in the war-battered country.

The tests are being offered in three different places and are expected to last two hours. 170 teachers and 110 graduates have been assigned to the centers to proctor the exams.

The vice General Manager of Fezalar Educational Institutions Fatih Cingoz thanked the locals for their interest.