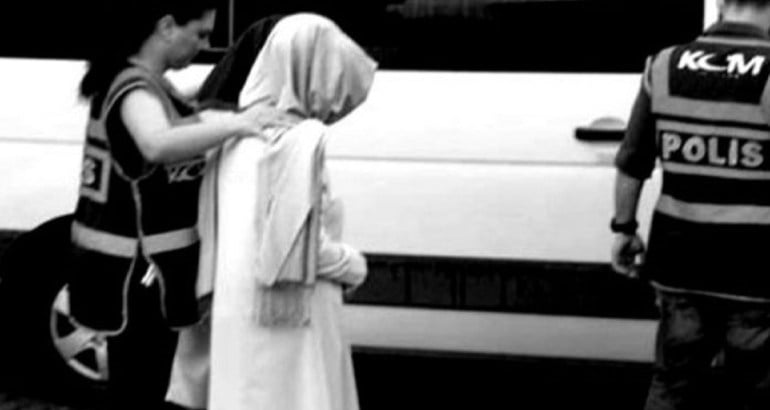 Ayfer Yavuz, whose husband imprisoned as part of government witch hunt against faith-based Gülen movement following a failed coup attempt in last July, was put in jail along with her four-and-half-month-old infant when she went to Kars prison to visit her husband on Jan. 23.

According to TR724 news portal, Ayfer Yavuz traveled to Kars from Muğla via flight along with her father-in-law Hüseyin Yavuz, four-year-old daughter and four-and-half-month-old infant baby to visit husband Emre Yavuz who has never seen newly born baby.

When Yavuz reached to Kars Prison where her husband kept, gerdarmeire officers detained her as it revealed after an eye screening that there was a detention warrant issued against her.

After appearing before Iğdır Penal Judgeship of Peace, Ayfer Yavuz was detained and put in Kart T type Prison.

Following father-in-law Hüseyin Yavuz objected prison administration that rejected to take infant in the prison, new born baby was let to stay in prison with mother while four-year-old daughter turned back Muğla with grandfather.

Dozens of human tragedies in Turkey reported as part the government witch-hunt against the Gülen movement that ruling Justice and Development Party (AKP) government along with President Recep Tayyip Erdoğan accused of being behind the failed coup.

Turkey survived a military coup attempt on July 15 that killed over 240 people and wounded more than a thousand others. Immediately after the putsch, AKP government along with Erdoğan pinned the blame on the Gülen movement, inspired by US-based Turkish Islamic scholar Fethullah Gülen. The movement denies the accusations.