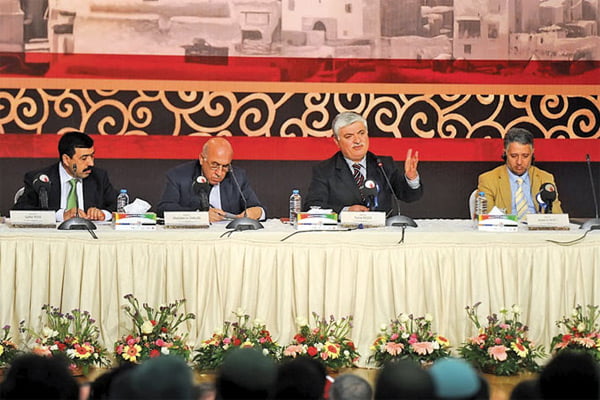 Scholars from 80 countries will convene in İstanbul over the weekend for a two-day symposium during which they will exchange views about ijma, an Islamic term meaning religious consensus, and stress the unity of Muslims.

The event, which is jointly organized by the Yeni Ümit and Hira magazines, will take place at İstanbul’s Haliç Congress Center on April 27-28.

The symposium is titled “Ijma as a Common Roadmap and Collective Awareness.”

A total of 4,000 people are expected to follow the symposium. There will be simultaneous translations in five languages — Turkish, Kurdish, Arabic, English and French — during the event.

The editor-in-chief of Yeni Ümit magazine, Ergun Çapan, said this weekend’s symposium will be the sixth such event they have organized.

“Last year, we organized another symposium titled, ‘Solutions to Social Problems from the Prophet’s Path,’ in Gaziantep, which was attended by people from 60 countries. In a similar event in 2010, Islamic scholars talked about the ‘Prophet’s Path’,” he recalled.

“Ijma means issues on which the ummah [worldwide community of Muslims] have a consensus. At this meeting, we will talk about dynamics which maintain the unity of the ummah. The importance of ijma, its implementation by the companions of the Prophet will be discussed. We need to trigger dynamics which maintain the unity and solidarity of Muslims. There has not been any other meeting with so much participation in the Islamic world. This symposium will reveal the consensus of the Islamic world concerning their correct understanding of Islam,” Çapan added.

Among the participants of the symposium there will also be opinion leaders from Turkey’s east and Southeast.

Head of Turkey’s Religious Affairs Professor Mehmet Görmez is expected to make a speech on the first day of the event on Saturday.

The Yeni Ümit magazine, one of the organizers of the event, is a monthly magazine on Islamic knowledge and literature. It reaches out to around 100,000 people every month. Renowned Islamic scholars Professor Hayrettin Karaman and Suat Yıldırım are among the members of the magazine’s advisory board.

Children from across the world who participated in the 14th International Festival of Language and Culture (IFLC) took the stage in Brazil’s Sao Paulo, a first in a Latin American country, the Cihan news agency reported on Tuesday.

Chief Advisor of Prime Minister of Turkey: The Gülen Movement supports not the Ak Party but the right projects. The claim that they’re becoming political is an unfair judgement.