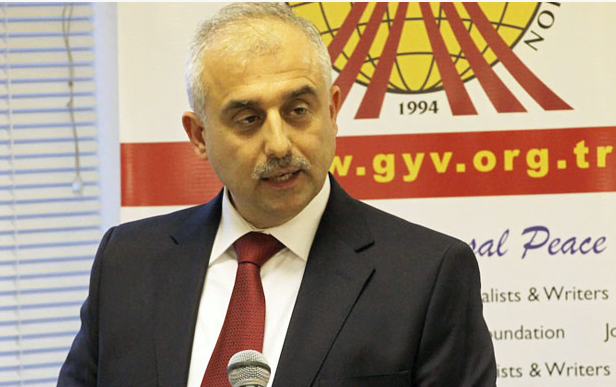 A journalist association affiliated with the movement of the Islamic Scholar Fethullah Gülen has warned the government that the movement could withdraw its support, slamming Prime Minister Recep Tayyip Erdoğan’s harsh words against the “community.”

“The slightest insecurity could cut all the assistance made to you and leave you alone in your [journey],” Mustafa Yeşil, chairman of the Journalists and Writers Foundation (GYV) said during a press conference yesterday while rejecting claims that a “parallel state” controlled by Gülen’s movement, also called Hizmet (Service), orchestrated the graft probe.

“If Hizmet had been judged and the claims about it being a gang responsible of dark and dirty business had been proved, it would not have become an institution that voluntarily lobbied for Turkey in 160 countries,” he said, condemning the “polarizing” language used by members of the government, and particularly Erdoğan.

He also urged the government to refrain from making moves that could endanger the rule of law. “You have to overcome lawlessness through the rule of law,” Yeşil said.