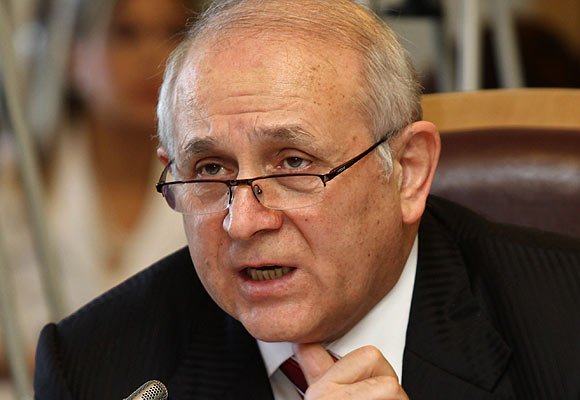 ANKARA
A senior member of the Justice and Development Party (AK Party) has admitted that the government has profiled some 2,000 senior public officials including police chiefs, prosecutors and judges as well as academics, journalists and businesspeople.

Kuzu’s acknowledgement was the first admission explaining how Prime Minister Recep Tayyip Erdoğan’s government has replaced hundreds of police officers and other government employees in rushed decisions without any justification against the background of massive corruption investigations launched by prosecutors in İstanbul which implicated senior members of the government and their close relatives.

Kuzu also admitted that the government foiled other possible investigations against his government in 42 provinces.

Comparing Turkey to an aircraft, Kuzu said the latest corruption investigation attacked the pilot, Erdoğan, and added, “Don’t forget that we are all on the same plane.” He described those who attack Erdoğan as heartless and backstabbing without naming who these people are.

In a series of public remarks, Erdoğan talked about gangs, parallel structures within the state that pulled the trigger of the recent corruption operation against his government. He said global powers have been working with these gangs to oust his government and overcome the national will.

Erdoğan’s remarks were a veiled reference to a civic movement called Hizmet, inspired by Islamic scholar Fethullah Gülen, which has been active in education, charity and community volunteer work. Gülen’s lawyer denied any involvement in the recent graft probe and strongly rejected any link to the case.

The government should respect Turkey’s independent judiciary, the Journalists and Writers Foundation (GYV), whose honorary chair is Gülen, said in a statement published on its website on Monday.

The GYV rejected conspiracy theories such as those involving a “deep state” and “parallel structures” as well as accusations of “treason,” “espionage” and “collaboration with international powers” against the interests of Turkey.

The GYV said these are simply part of a smear campaign against the Hizmet movement and suggest that the government wants to distract the public from the scandal.