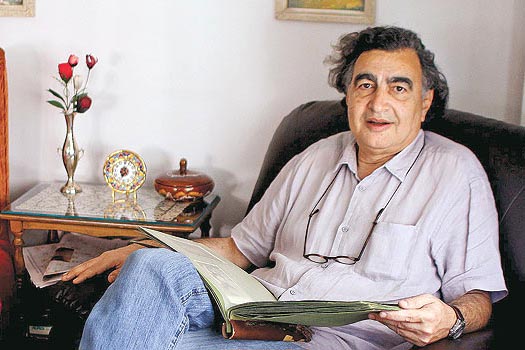 Before studying the Gülen movement (aka Hizmet movement), first, we must agree on definitions. Such a consensus will place the discussion on a more appropriate and objective foundation. This lexicon agreement is required first and foremost because of recent claims and accusations—which are perhaps true, perhaps false, or perhaps half true, half false—laid against this very movement.

Here is the question before us:

Do the large masses united around the spiritual and intellectual personality of the opinion leader, Fethullah Gulen, who is residing in Pennsylvania, feature a ‘religious’ community, that is a ‘cemaat’— the buzzword frequently used here in Turkey? Or is the term ‘social community’ or ‘camia’ a better fit? I believe the latter one is more accurate, and let me share my reasons.

As is well-known, both words are derived from the verb ‘ijma,’ which means to come together. I do not know its evolution in Arabic, but in Turkish ‘cemaat’ and ‘camia’ have assumed different meanings over the course of time, although they come from the same root.

The term ‘cemaat’ usually brings to mind worshipers who place their foreheads on the ground in a mosque, who collectively listen to the Friday sermon, or those who attest their goodwill for the deceased at funeral.

Occasionally, we may use ‘cemaat’ in a nonreligious context or more figuratively. For instance, sometimes, we call ‘cemaat’ those minor and fanatical groups who have taken allegiance to an unqualified leader of a marginal communist faction. In defining the boundaries of a cemaat, first, we identify the time and space. Then, we imply the existence of rules. And finally we narrow down its membership and their circle of influence. However, we have a largely different definition for ‘camia.’

This is how it is. ‘Camia’ as a word does not necessarily have a heavenly or spiritual reference. Compared to cemaat, it implies plurality in quantitative terms as well as diversity. We may address a group of workers in a small workshop as a ‘workshop cemaat.’ But we refer to their trade unions—those overarching organizations that unite larger proletarian groups—as a camia. A better translation of the commonwealth of former English colonies or the federative description of Russia would be ‘camia.’

That is, after quantity reaches a certain point, the difference of quality certainly imposes itself, and this is where we should start speaking of ‘camia.’

It is true that members of a ‘camia’ also gather around the same denominator.

But when we refer to the community of a certain sports club or ‘camia of ecologists,’ partnership in such communities demands only that one be a fan of a club or an environmentalist movement. Those who support the same club would never be expected to vote for the same political party. Ecologists protest the same fish massacre, but some of them are deists, while others may be religious.

Similarly, the larger masses of millions whose common denominator is to ‘spiritually’ adopt Fethullah Gülen Hocaefendi’s ‘spiritual’ leadership, or perhaps only to sympathize with his peacemaking and reconciliatory discourse, cannot be identified as ‘cemaat’ (religious community or brotherhood) today.

The Gülen Movement can only be referred to as a large camia, or social community, for with their virtues as well as weaknesses, they reflect all the social and organic features of one.

It is important to pin on this heterogeneous nature, i.e., to accept the fact that a religious, political, military, or cultural community (camia) that is free from differences, centrifugal elements, or nonconformist components, is simply not possible.

Next week, I will weigh how true or false the abovementioned claims and accusations are.

Source: Hurriyet. Original article is in Turkish. English translation is retrieved from fgulen.com.