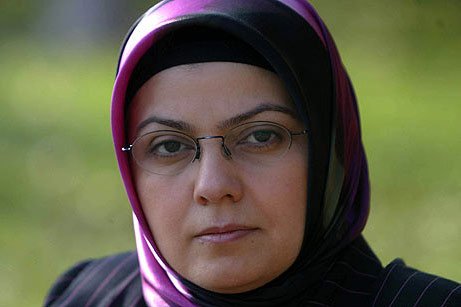 Ayşe Böhürler, a founding member of the ruling Justice and Development Party (AK Party), has said her remarks on the faith-based Gülen movement were misquoted in an International Herald Tribune article last week, denying statements that were highly critical of the movement and attributed to her by the paper. “It would be impossible for me to say such things,” Böhürler told the Cihan news agency. “I will also send a disclaimer to the newspaper.”

An article published on April 18 and titled “Shadow force grows in Turkey” by Şebnem Arsu and Dan Bilefsky in the International Herald Tribune claimed that the movement inspired by well-respected Islamic scholar Fethullah Gülen has a hidden agenda.

“The movement’s stealthy expansion of power as well as its tactics and lack of transparency are now raising accusations that Gülen supporters are using their influence in Turkey’s courts, police and intelligence service to engage in witch hunts against opponents with the aim of creating a more conservative Islamic Turkey,” the report claimed.

The report also claimed that Böhürler “bemoaned that the lack of transparency and clear organizational structure that make it impossible to hold the group accountable.” “There is no reference point, they are kicking in the shadows. …They are everywhere and nowhere,” she was quoted by the paper as saying.

Böhürler said Arsu, who was translating her remarks, did not take any notes during the interview and made a translation “in her own way.” “The spots used in the article are irrelevant to what I said. I made very objective comments to prevent any misunderstanding during the interview. What I said was the movement may create a more transparent and correct perception if it is organized as a single NGO rather than multiple ones. But the remarks published in the report do not belong to me. They are based on perceptual selectivity of the translator as the interview was not recorded,” she said.

Gülen’s lawyer earlier dismissed the allegations which appeared in the article. Orhan Erdemli said in a statement on Friday that claims in the article, which accused Gülen supporters of infiltrating the police and judiciary, are unfounded and baseless.