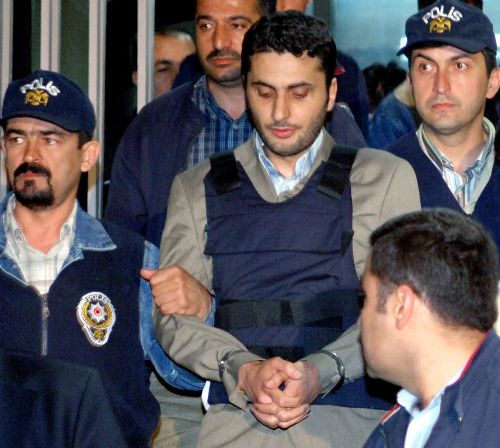 According to the daily, Arslan, who was convicted of killing senior judge Mustafa Yücel Özbilgin, a member of the 2nd Chamber of the high court, and wounding four others in a shooting on May 17, 2006, had claimed back then that he had obtained Özbilgin’s address from Kemalettin Gülen, a lawyer and cousin of Fethullah Gülen.

The claims raised by Arslan were denied by Kemalettin Gülen, who said he had not spoken to Arslan at all and he knew him only during their college years in law school.

Orhan Erdemli, the attorney for Fethullah Gülen, also denied claims on Aug. 11, 2006, adding Kemalletin Gülen is not his client’s nephew but a cousin. He said the allegations linking the scholar to the Council of State attacker without any evidence are a violation of legal principles.

Arslan was released from prison last month after his lawyer submitted a petition to an İstanbul court. In his petition to the İstanbul 18th High Criminal Court, Arslan’s lawyer cited Law No. 6526 as the basis for the request, on the grounds that the maximum period of detention is now five years.

In 2009, the shooting trial was merged with the trial of suspects who are allegedly members of the coup-plotting network known as Ergenekon. Arslan said he had attacked the court in protest of an anti-headscarf ruling it had handed down, but the Ergenekon indictment contained evidence that he was connected with the terrorist network and that his family had received large sums of money from unidentified sources after the shooting.

In August of 2013, an İstanbul court sentenced Arslan to consecutive life sentences. As the sentence has not yet been upheld by the Supreme Court of Appeals and the hit man has been under detention for more than five years, Arslan was released.

Gökhan Özbilgin, the son of the victim in the shooting, reacted harshly to Arslan’s release, saying his father had been killed a second time.

Arslan’s demand for release came shortly after the release of former Chief of General Staff retired Gen. İlker Başbuğ, as well as the release of five suspects tried for brutally killing three Christians at the Zirve Publishing House in 2006.

Roughly two weeks before Arslan was released, a bill described by the Justice and Development Party (AK Party) as a fifth democratization package had been approved by Parliament’s General Assembly, and under this bill the specially authorized courts created by Article 10 of the Counterterrorism Law (TMK) were completely abolished.

Following a request from the Chief Public Prosecutor’s Office, the İstanbul 6th High Criminal Court issued an arrest warrant for Arslan, who was sent to Silivri prison in İstanbul.

The Daily Sabah has also mischaracterized the Ergenekon case, saying media outlets affiliated with the Gülen movement have in particular deemed Ergenekon to be a “terrorist organization.” In fact, the Ergenekon organization was certified as a terrorist organization by the İstanbul 13th High Criminal Court, which completed a 16,000-page reasoned decision on the landmark case in which hundreds of suspects, including military generals, were handed life sentences on the charge of plotting to topple a democratically elected government.

In the decision, the court called Ergenekon an armed terrorist group according to Turkish law, given its structure and activities. “It is the first time in Turkey that the judiciary has issued a verdict about a deep state structure, which is known as Ergenekon, and about which a great number of complaints have been raised,” the court noted in its decision.

The news story on Gülen falsely linking the Council of State incident to the Islamic scholar represents the latest example of unscrupulous reporting published by the Daily Sabah, whose editorial line is staunchly anti-Gülen and whose reporting amounts to Gülen-p