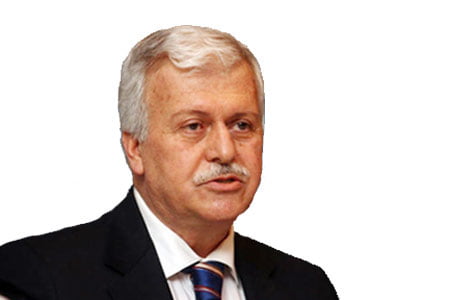 There has never been a formal atmosphere in DAP. It is not without reason that DAP is frequently referred to as the humanitarian version of the Davos meetings. DAP entertains humanitarian values and imparts loyalty and acknowledges that the meeting was inspired by the ideas of Fethullah Gülen.

The recently published WikiLeaks documents made a mess in the international arena. I will postpone my views on the matter to Friday, but today I’d like to talk about two meetings I attach great importance to.

The Journalists and Writers Foundation (GYV) is increasingly becoming the center of dialogue in Turkey and around the world. The foundation, which received public attention thanks to the Abant meetings it has been organizing for some time, held two subsequent conferences in Antalya last week.

The first was titled “Family as a Value in the Context of Religion, Tradition and Modernity.” More than 600 academics and scholars from 50 countries attended this conference. I cannot list all 50 countries, but I can say that the Turkic republics, the United States, Canada, Brazil, Argentina, Russia, China, India, Japan, Indonesia, Pakistan, Bangladesh, Malaysia, South Korea, Italy, the UK and Germany were among the participating countries. Taking into consideration that the event was a first in terms of its magnitude in Turkey, we can get a better view of the task the said nongovernmental organization undertook. It is enough to say that the preparations took some one-and-a-half years.

The first concrete outcome of the conference was the Family Academy, which will be established by the GYV. The academy will organize courses given by experts, pedagogues and psychologists on psychological support, communication inside the family, childcare and many other areas to young people who plan to marry as well as already married couples. For most of the participants, this was the first time in their lives that they came to Turkey, and after the conference, they were taken on a city tour in groups of 10. They became dinner guests in homes of Antalya residents.

The second conference was titled “Meeting of Eurasian Intellectuals.” In connection with the subject matter discussed during the 9th General Assembly meeting of the Dialogue Eurasia Platform (DAP), a true Eurasian spirit was present. I really would like those who accuse Turkey of turning its face only toward the US and the EU to breathe in the atmosphere of this conference. Russia, Turkey, the Turkic republics, Ukraine, Georgia, Belarus, Moldova and Estonia are members of this platform, which aims to introduce Eurasia’s cultural wealth to the world. It has been building bridges among Eurasian countries for 12 years. It is often said that three bridges cross the Bosporus, with the third being DAP.

I have personally monitored the efforts that have been taken over the last 12 years. People who were wary of each other in the beginning have now become close friends. Past foes have now become friends. This platform has eliminated prejudices among centuries-old enemies and is now seeking to clean hostile expressions from history textbooks.

There has never been a formal atmosphere in DAP. It is not without reason that DAP is frequently referred to as the humanitarian version of the Davos meetings. This is because Davos has grown commercial and bureaucratic over time. DAP, on the other hand, entertains humanitarian values. It imparts loyalty and acknowledges that the meeting was inspired by the ideas of Fethullah Gülen. It believes that it is possible to come together over universal human values and integrate with the world while also maintaining our own identity. Thus, DAP is particularly important for UNESCO, which needs new voices, new ideas and new services.

I once again witnessed that DAP is the conscience of Eurasia, characterized by love, compassion, clemency, reconciliation, peace and fairness. True, we are concerned with globalization. We believe that the family, morality and spirituality are under attack by a new wave of cultural attacks from the West. A globalization that turns a blind eye to and threatens humanitarian values will only bring about unhappiness.

With this awareness, Eurasian intellectuals are coming together hand in hand.

The first peace conference, titled “Mobilizing Civil Society for Building Peace,” will be held at the United Nations Center in Geneva with the participation of keynote speakers such as peace activist Ela Gandhi, the granddaughter of iconic activist Mahatma Gandhi, German Ambassador Dr. Heinrich Kreft and political affairs officer at the UN Andres Smith Serrano, as well as GYV President Mustafa Yeşil.