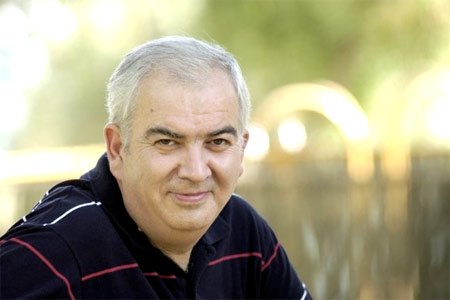 It does not matter whether it is called a community or Hizmet: This movement has very powerful dynamics and despite the huge amount of doubts and reservations which are being sown about it, it has an “open” nature and it can be clearly and easily understood – as its does not have any hair-raising profundities or esoteric qualities.

Turkey has seen its likes a number of times, but has never met such a successful one. The people who love and rely on Fethullah Gülen and who undertake benevolent and education-related activities with inspiration from him have become a de facto reality in Turkey. This reality does not have a specific name or address. It has a voluntary and civilian character and, therefore, the word “community” generally used to describe it is treated as a dubious concept that hides, even obscures, its profundity. Interesting, those who can safely be defined as a “community” refrain from accepting this flippant and fuzzy concept, but still they cannot come up with an alternative designation except “hizmet” – literally meaning service, and in this specific use, implying a community of people whose sole purpose is to do service to religion and humanity.

It does not matter whether it is called a community or hizmet: This movement has very powerful dynamics and despite the huge amount of doubts and reservations which are being sown about it, it has an “open” nature and it can be clearly and easily understood – as its does not have any hair-raising profundities or esoteric qualities.

Its internal dynamics are powerful because Fethullah Gülen continues to act as a base of confidence with his name and personality. Small, modest, yet sincere support, when correctly channeled, may lead to surprising achievements. The people who undertake education and charity affairs tend to see what they do as their “job” but as “something done in the service of religion and humanity” and even a charitable activity that should be performed with ecstasy, thereby exhibiting great cases of self-sacrifice. This naturally pulls in success, which in turn boosts self-confidence and the spiritual satisfaction from the involvement in the services performed. This is, I think, the most important part of the service or “hizmet” activities inspired by Gülen, which cannot be understood easily by outsiders or which are considered as fuzzy or obscure by them. Ordinary people with superficial logic will, of course, not be able to understand the feelings of the young people who consent to being paid $200-300 as their monthly salaries and agree to work in foreign countries whose place they couldn’t have previously located on the map – which may be suffering from epidemics, civil wars, terrorist activities, poverty and, most importantly, the already hard conditions which are further complicated by separation from loved ones and homesickness. Most of us fail to understand this simple truth and accordingly, tend to adopt a skeptical stance toward it. This worries and instills fear in outsiders. While why a terrorist has chosen to be a terrorist at a young age can be more readily understandable to an outsider, the self-sacrificial decision and action by young people to work at a charitable or service-oriented institution at very low wages seems to create concerns for outsiders.

I have heard a countless times such complaints from outsiders: “Why do they always smile? Why don’t they bicker with other people? Why don’t they raise their voices or show harsh reactions? Why don’t they utter bad language? Can it be that they have some secret and dark agenda behind the veil of their superficial courtesy?”

Even if you try to persuade them by saying, “No, what you see is what you get, and these guys are acting in this way because this is who they are; because the service or “hizmet” tells them to be model people,” but you will not be able to eliminate concerns.

They are well-bred, decent, sincere and good-intentioned people.

They do not violate laws or regulations, and they are painstakingly careful in avoiding acts that are defined as offenses under laws. They are patient, but even this quality of theirs may be perceived by outsiders as carefully hidden ‘shrewdness.’

No, they have not emerged out of the blue. Nor are they immigrants from another country. Like any of us, they are their own people: children, young girls, young boys, artisans, public servants, businessmen and housewives of this country. Like everyone, they want to have a good education, have good jobs, have their homes and be successful at work.

Although given the magnitude of the movement, it is naturally expected that they work at or become members of any institution, their visibility at various parts of the state apparatus particularly attracts attention. People start to rumor that they have a secret agenda and they are being secretly organized and they will seize the state when they grow sufficiently powerful and get the sign. However, there is nothing wrong for them to establish their own civil society organizations (CSOs), establishments, firms, publications, papers, etc., to become visible in social life like everyone else. They have so far passed a critical threshold of visibility and they are now experiencing the problems associated with that.

Outsiders want them to be like the old and typical generation of people who would be timid and shy, who would see it as a sin or a shame to be successful, who are self-isolated – always exhibiting part of their peasant origins with a guilty conscience – and who would keep away from involvement in the system and who would accept to exist as a coward, uneasy.

When this community starts, like others and similar communities, to assert its personality and exhibits competence and capability for self-governance, they are regarded as a “threat.”

Whatever works for others is considered unbefitting of them. While others are allowed to do so, they may find themselves being accused of engaging too much in politics or of secretly seizing Turkey or of planning world domination or working for the US.

The service, or “hizmet,” as they tend to call themselves have grown and developed beyond imagination and are successfully making their way. It attracts the attention of envious or hostile and praise-filled or appreciative eyes. To grow inevitably means to materialize or to be more oriented toward this world. The internal conflict of “hizmet” is, as far as I see, coming from exposure to inevitable side effects of growth and success. Any body that has grown beyond a certain size has to determine its position with respect to politics, finance and bureaucracy and even to politicize to some extent.

The visible effects of growth draw the attention of the powerful groups that used to humiliate Gülen as the “crying preacher.” They may not feel obliged to attack him openly and directly and try to destroy him. Yes, this is nothing but conceited envy.

Gülen’s followers experience great pressure: 10 years ago, accusations hurled at them would be mixed with humiliation, but now, they are voiced in horror by people whose eyes are large with fear and concern. The powerful groups are not inclined to forgive them for asserting themselves by standing on their own feet and adopting a political attitude, which was not the case in the past. “You were a virtually neutral and mild group that would keep your nose clean in the past, but today you are taking sides, beware of its dangers,” they utter semi-friendly, semi-accusatory.

If they were content to be the bottom of the heap, keeping their wishes hidden, they would be no problem, but when they start to show signs of becoming a powerful actor, certain groups begin whipping them with “community” accusations.

Are they without faults? No, of course, they have their faults. Their first and most important fault is, as I said above, to be successful, grow and develop beyond imaginations. To go beyond the confines set for them is the inevitable error, which will be followed by the exhausting stages of secularization.

I have known them for around 20 years. I have eaten with them and had friendly chats with them. I haven’t seen any of them have a bad attitude, instead respect and love. I will write down what I feel about them from a position as described by famed Turkish poet Ahmet Haşim as: “Away from the earth somewhat further than halfway/ Closer to the moon somewhat further than halfway.”