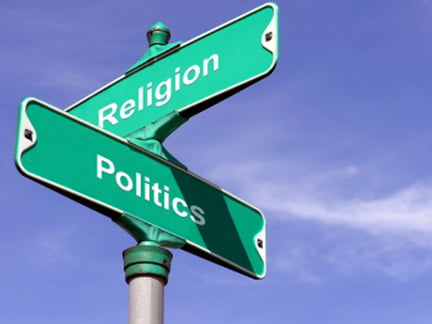 GÜNAY HİLAL AYGÜN
The ongoing graft investigation, which hit the press on Dec. 17 with a major police operation resulting in the arrest of 24 suspects — including prominent business figures and the sons of two ministers — sparked a public discussion on the links between politics and Islam, as a majority of the members of the ruling party present themselves as devout Muslims.

Claims circulating in the media suggested that wiretaps were submitted to the prosecutor of the case as evidence that former Interior Minister Muammer Güler, former Economy Minister Zafer Çağlayan and EU Affairs Minister Egemen Bağış were involved in bribery. In response to the allegations, Prime Minister Recep Tayyip Erdoğan said, “We have God on our side” and roundly denied that any of his Cabinet members would ever be involved in graft. On Wednesday, Güler, Çağlayan and Environment and Urban Planning Minister Erdoğan Bayraktar resigned from their posts.

Vatan columnist Sanem Altan criticizes certain politicians for exploiting people’s religious beliefs. According to Altan, so-called devout Muslims are being vain and pretentious rather than humble, as religious people should be. “They use their bonds with God as an instrument in their relationships with people. … They expect rewards for being devout from other people and in this life, instead of expecting rewards from God in the afterlife. It seems that, instead of religion raising their souls up to a bright sky, they are dragging religion down to the dirty earth. When I look at them, I can’t help but think that the religious people forgot how to be humble long ago,” Altan says. She goes on to argue that that some arrogant Turkish politicians who claim to be religious are now accused of corruption and don’t even seem to mind. However, Altan writes, all this turmoil, which is driving a wedge between sincere Muslims and others, will end up benefiting the country, saying: “The real religious people of the country will reassess the relationship between politics and religion. … Religion will not be an instrument of elections anymore.”

Hürriyet’s Mehmet Y. Yılmaz writes about a debate over religion that recently emerged on TV shows and in some dailies. Turkish Islamic scholar Fethullah Gülen recently cursed “those who don’t see the thief but go after those trying to catch the thief.” Yılmaz adds that even the director of religious affairs commented on the issue, saying, “You shouldn’t curse even your enemies.” Yılmaz continues: “There are major claims of corruption, the government amends regulations in a way that contradicts the Constitution and the law in order to interfere in the probe, and the National Police Department fell apart. And this is what we’re discussing: Is it wrong to curse, according to religion?”