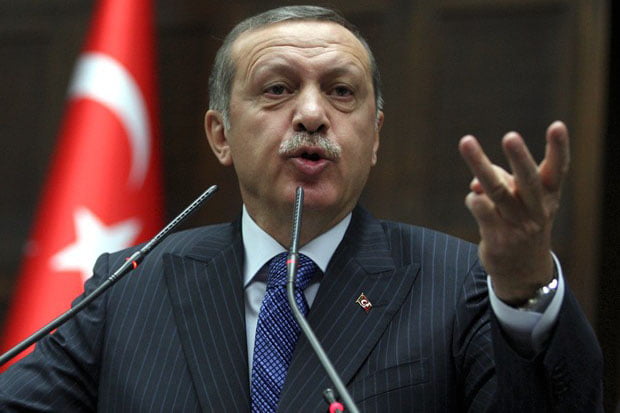 It appears that Fethullah Gülen, a U.S.-based Islamic preacher from Turkey who promotes peace and tolerance, and the schools associated with his religious Hizmet movement can’t get a break.

They were first targeted in America, via discrimination aimed at the Turkish American community centered on his educational efforts, which was initially identified in the Center for American Progress’ report “Fear Inc: The Roots of the Islamophobia Network in America.” The report found a well-financed, well-organized network of advocates, experts and media partners conducting a strategic campaign throughout America and “spreading hate and misinformation,” as CAP put it.

The new supposed Turkish threat to America: “Muslim Gülen schools, which [members of the Islamophobia network] claim would educate children through the lens of Islam and teach them to hate Americans.”

The authors of the CAP report flatly reject this assertion, however, saying that the schools started by Gülen are “nothing of the sort” and that “they are a product of moderate Turkish Muslim educators who want a ‘blend of religious faith and largely western curriculum.'” Indeed, two Gülen charter schools ranked fifth and sixth on Newsweek’s 2011 “Top Ten Miracle High Schools” and two Gülen schools ranked 144th and 165th on Newsweek’s 2011 list of “America’s 500 Best High Schools.” Clearly, they were doing something right.

Now, Gülen’s schools are being targeted in his home country by the Turkish government’s ruling Justice and Development Party, known as the AKP, which should dispel any notion in the U.S. that the AKP is somehow in cahoots with the Gülen movement.

Turkish Prime Minister Tayyip Erdogan recently announced a plan to shut down private prep schools, many of which are run by the Gülen movement. Erdogan’s draft legislation would abolish the fee-based private preparatory courses for college or high school admission exams and the free private tutoring centers. In doing so, the prime minister said Turkey “will be putting an end to under-the-counter education” and that “this business which takes place in apartment flats needs to stop.” To show his commitment to this crackdown, Erdogan even expelled a dissenting parliamentarian who took issue with his plan.

Speculations are that this is really about who will rule the country going forward, as Erdogan is perhaps keen to undermine Gülen and his, as Reuters noted, “global network of schools over the past four decades promoting Turkish language and culture” and its “powerful movement whose members hold influential positions across Turkish society, from the police and judiciary to the central bank, political parties and media.” To put this “threat” in perspective, keep in mind that Gülen talks of peace and tolerance and was compared by Georgetown professor John Esposito to the Dalai Lama and praised by Madeleine Albright and James Baker III for his advocacy of democracy and dialogue.

Erdogan’s move was immediately criticized. The former director of the UNESCO International Institute for Educational Planning from 2006-2010, Mark Bray, said that the government should work to deemphasize the weight of the centralized exam instead of attempting to abolish prep schools. Ersan Sen, a law professor at Istanbul University, added, “In a representative democracy, the parliament should not abolish prep schools with legislation that does not serve a public need and has no legal foundation.”

The critics are onto something, as there are some serious concerns with Erdogan’s proposed move. Conservatives and liberals alike feel that this is another step in government’s increasing proclivity to control and micro-manage civic and private life and demonstrate disregard for democratic values such as the participatory process. But there are more reasons to be alarmed.

First, eliminating education services operating within the law and providing a much-needed service to parents voluntarily sending their children should be cause for concern. Any government attempt to monopolize the provision of educational services, and thus suppress an important component of the civil society, is equally disconcerting. And if the legislation passes, expect greater inequality and lack of opportunity for the children of low-income families.

Second, closing free tutoring centers limits opportunities for low-income Turkish youth to pursue education that can lead to an actual career. This is what socio-economic mobility and development looks like. Keep in mind that some of these tutoring centers serve youth who are targets of violent insurgent recruitment in east and southeast Turkey. Integrating and educating these youth is a far better option than disenfranchising them further, a reality to which Erdogan’s schools closures will inevitably contribute.

Third, undermining the resolutions of the European Human Rights Court, of which Turkey is a member — especially the freedoms of expression, freedom of thought, conscience and religion and the protection of property — shouldn’t be tolerated. This clear crackdown on Gülen and Hizmet participants — who have never endorsed a political party and who have only praised the government’s latest democratization package and even supported, in true inter-religiously tolerant fashion, the re-opening of a Greek Orthodox seminary (which the government opposed) — demands a second look by the international community.

This brings us back to America. The Obama administration has recently and closely courted Turkey’s government in an effort to help bring stability in almost every Middle East and Central Asia war zone, from Syria to Afghanistan. Consequently, we have Erdogan’s ear if we want it. We should take the opportunity to encourage education, tolerance, private enterprise and inclusion, not marginalization. This is how you create an open and more stable democracy, something Erdogan should desire given the instability surrounding him.

Michael Shank, Ph.D., is the director of foreign policy at the Friends Committee on National Legislation and adjunct faculty at George Mason University’s School for Conflict Analysis and Resolution. This article was originally published in US News & World Report.