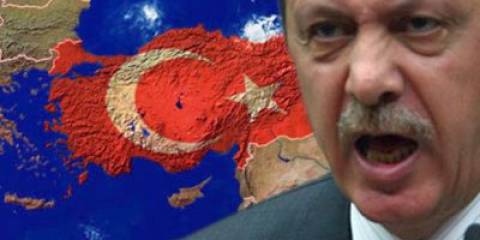 As famously (or infamously) declared by the Russian Czar Nicholas I, the Ottoman Empire was the sick man of Europe throughout the 19th century.

Yet, thanks to these talented diplomats, it survived by cleverly using the balance of power in Europe and by always knowing with which great power to align with. It was this diplomatic tradition that the Turkish Republic inherited and got relative respect from its friends and foes alike.

This was more or less the case until recently.

When corruption charges erupted in 2013, Recep Tayyip Erdogan, the then prime minister of Turkey gathered all ambassadors in Ankara and ordered them to hunt down Gulenists, get their schools and associations closed and get them extradited to Turkey, if possible.

For Erdogan there was no corruption but a soft coup attempt on his government. From then on, Turkish diplomats’ number one mission was to become ‘Gulenist-busters’.

As a journalist, I reported on foreign affairs for over 20 years and met many Turkish diplomats, most of them decent men.

When Erdogan had that meeting with the ambassadors, I had a chance to speak to one of those present in the room.

He told me that there was no way he would do what the prime minister was asking him to do. It was against everything he held dear: chasing one’s own citizens without any credible evidence. Soon, many diplomats who refused to turn into Gulenist-hunters were not promoted, demoted or, worse, expelled from the ministry.

Last week, a Belgian newspaper broke the story that the location of twitter accounts which personally and specifically threatened my colleagues and me in Belgium was nowhere but the Turkish Embassy.

A man named Selim Guzel – who called himself ‘a pragmatic thinker’ on his twitter profile – had started to threaten us right after the botched coup of July 15th, 2016.

Nobody knew the guy but he kept tweeting, accusing Turks of Belgium for not taking action against people like me. Silent Turks were also being mildly warned: ‘if you are silent about these people, then you are with them’.

One of my colleagues, R. D., who was forcibly ousted from the Turkish Embassy when covering elections in Brussels back in 2015, went to police to lodge a complaint against ‘Selim Guzel’.

The daily Het Laatste Nieuws (HLN) that broke the story asked the Turkish Embassy if it had a diplomat called Selim Guzel working for them.

The first response was a short one: no.

Before SG, we were already being threatened by the so-called press attache of the Turkish Embassy, Veysel Filiz. Filiz was as confident as to publicly threaten us that ‘it was our turn and our lairs were soon to be raided’.

There is now a new generation of diplomats in the Turkish foreign ministry who have turned themselves into skilled huntsman of Gulenists. Being a good hunter is now the fastest and safest way to get promoted in the ministry.

In October last year, Erdogan while addressing his party faithful said: “Neither in the East nor in the West is a single member of this organisation comfortable as before, nor will they be. If not today, then tomorrow, one day every member of the FE.O traitors’ front will pay for his treason against the country and the nation.”

According to a recent piece published by Foreign Affairs magazine, Turkey is now pursuing an aggressive policy of silencing its perceived enemies in at least 46 countries in four continents.

It has revoked tens of thousands of passports and succeeded in the arrest and deportation of Turkish citizens from 16 countries including many under UN protection.

For this Herculean task, you need a huge ministry full of diplomats committed to use their negotiating skills not to increase Turkish trade or to get visa-free travel to Europe for their citizens but to catch Gulenists and get them deported to Turkey.

It is very sad to see Turkish diplomatic services once hailed for their extraordinary capabilities evolving into cheerleaders of Erdogan’s global authoritarian reach.

Subsequent to the publication of this opinion piece, an emailed statement in French from the Turkish embassy to the EU asked us to state the following: “There was no one called Selim Guzel among our employees. In 2016 we didn’t have any employee with that name. We are therefore not aware of the complaint that was filed against this person. Also Veysel Filiz, a former press adviser at the embassy, definitively left his post on 28 April 2017, and therefore has no link anymore with the embassy. Mr Filiz doesn’t work either in any Turkish public institution.