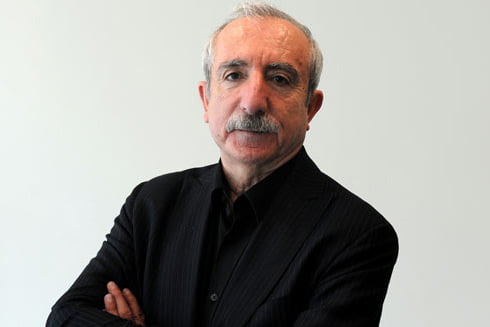 Therefore, there are currently no defendants in the Feb. 28 coup trial being held in detention — with the exception of retired general Çetin Doğan, who was convicted in the Balyoz trial. However, not all defendants have taken the stand in the Feb. 28 case and the victims and complainants have not yet been heard.

The overall climate in Turkey has suddenly changed, but not into a spring. There is stormy weather. The neo-nationalist media now recalls the past, accuses the Hizmet movement of alleged behind-the-curtain activity and provides too much coverage of the ongoing row between the government and the movement. By making an analogy between the current investigation and the Ergenekon case, they draw the following conclusion: The Ergenekon, Feb. 28 coup and Balyoz cases were or are illegal and invalid. The most recent releases in the Feb. 28 trial have been interpreted as the initial result of the political climate created by the operation launched in connection with the bribery and corruption charges in İstanbul.

There is now a row between the groups that had been cooperating to fight Ergenekon and military guardianship.

The delicate position in which the government now finds itself is real, but it is also a fact that the Hizmet movement is being falsely accused.

Those who support the Justice and Development Party (AK Party) and are affiliated with the Hizmet movement do not deserve such an outcome. If Turkey is now a country that has addressed its military guardianship issue, has made some progress in the settlement of the Kurdish issue and has become more hopeful with regards to its EU membership bid, then nobody can deny the constructive role of the cooperation between the AK Party administration and the Hizmet movement over the last decade. Liberals, democrats, people from different political backgrounds and millions of people who have no connection with an Islamic identity and agenda supported this bloc for democracy and change. They trusted this bloc and alliance. Sadly, the İstanbul operation is a proof that this process of cooperation has come to an end. What the government needs to do is investigate the allegations very carefully and with transparency. The government believes that the operation seeks to ensure it loses votes in the coming elections and that the AK Party will be reorganized based on the results of the operation; there are many others who hold this view as well. However, this does not mean that the accusations and allegations should not be properly investigated.

All illegal activity should be investigated and exposed; no stone should be left unturned. We of course know this: The pursuit of a clean society in Turkey has never been a struggle undertaken by the judiciary and police without the involvement of political will and actors. We now face a serious operation that involves serious allegations and accusations. It is not easy for us to believe that the Turkish police and judiciary have carried out this operation for the sake of the future of the nation given that they are risking their careers. We have never seen something like this before. Obviously, there is a political goal in this operation; nobody would carry out this political operation without strong political support.

No government unit was informed of the operation. There was no communication or contact with regards to it between the judiciary and executive bodies as specified in the law.

Those who conducted this operation, about which the executive was in the dark but the details of which were leaked to the media, irresponsibly killed two birds with one stone. As a result, they put the government in a delicate position and the Hizmet movement in the spotlight.

Was this not the ultimate goal? To conquer the castle from within?