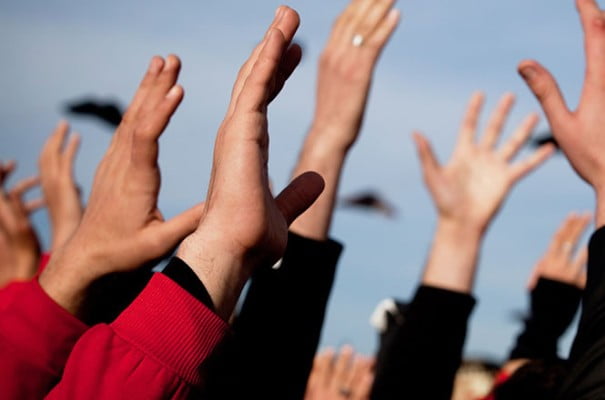 Two main theories have been made to analyze Turkish politics since the ’60s. The first one is the theory of class conflict employed mostly by the leftist or socialist intellectuals and the second one is the center-periphery thesis argued largely by the liberal circles.

While the former is deficient since it reduces the analysis to economic differences, the latter is lacking because it simplifies the state and society relations as religious divisions.

Thus, an alternative multidimensional analysis is needed of course, whilst not ignoring these two analyses. Instead of dividing the Turkish people into capital owners and labor force or into laicists and religionists, an alternative division can be made — that of statists and populists. In this analysis, statists are those who think that the wielding of state power is necessary to survive and populists are those who think that limiting state power is required to survive.

Since the Kemalist establishment, after taking control of the state power, negated religion as reactionism and defined non-Turkishness as inferior, they founded their own statism with the confines of secularism, capitalism, Kemalism and Turkism. After completely taking control of the state power, the Justice and Development Party (AK Party), who were once populists, founded their own “center” and new statism with the new confines of Islamism, Tayyibism and again capitalism, but now with new capital owners. However, the people who voted and will probably vote again for the AK Party supported Prime Minister Recep Tayyip Erdoğan and his (now his own) party not for a new statism but for populism.

After 2010 with the abolition of military tutelage and gaining considerable media power, the AK Party, under the leadership of Erdoğan, turned into a statist party probably because of political corruption caused by the length of time they have been in power. However, for most of the people voting for Erdoğan, he is still a “man of the people” not a “man of the state,” although he is assuredly a “man of capital,” according to the recent tapes.

As the new statist AK Party and the new “national chief” Erdoğan did not want any populist partners in their new center, they started to see Hizmet as the only threat which would prevent them from founding the New Turkey characterized by political Islam under the support of the new bourgeoisie, including some party leaders themselves. Instead of going into business to make a fortune, as Turkish Confederation of Businessmen and Industrialists (TUSKON) Chairman Rıza Nur Meral has suggested, they tried to make their fortune through politics. The Hizmet movement is accused of creating obstacles to this New Turkey and thus has been criticized harshly by the AK Party notables, the partisan press and some grassroots of the party. Some of the AK Party voters seem convinced that Erdoğan is still a man of the people even if he was involved in corruption. However, they will sooner or later realize that he has turned into a man of state and the Hizmet movement never changed its civil and populist stance.

Despite a relentless crackdown against any questioning of the government’s narrative regarding what really happened during a failed coup on July 15, second-year air force student Murat Tekin’s throat was slit by an angry mob, his sister has claimed, backing up her allegation with an autopsy report.