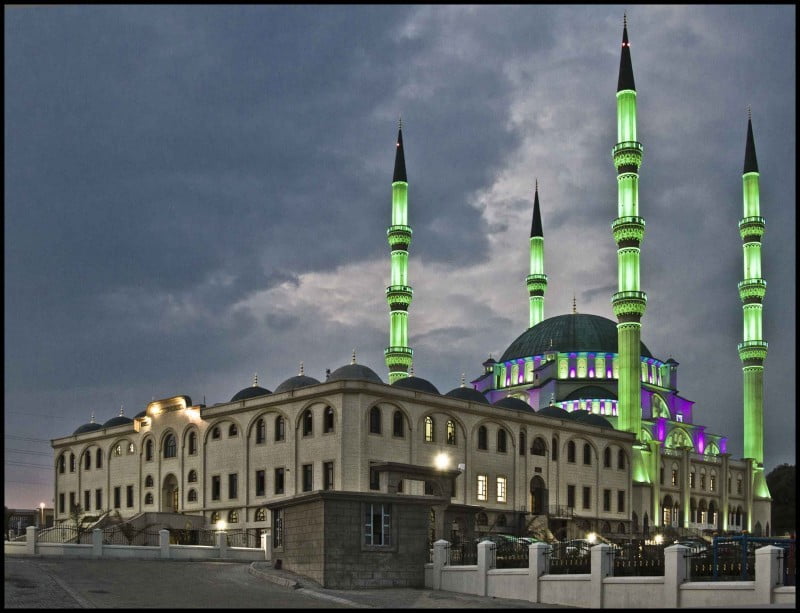 The beautiful Nizamiye mosque, built as a replica of the famous Selimiye mosque, was officially opened by President Jacob Zuma in 2012, says the writer.

While the mosque quickly became a tourist attraction on the route between Johannesburg and Pretoria, with its shop of Istanbul collectibles and Ottoman Palace restaurant, few South Africans know the story or controversy surrounding the Gulen movement, of which Uncle Ali is an adherent.

But ask South Africans what exactly the Gulen movement is, or why a Turkish court issued a warrant of arrest for its leader, Fethullah Gulen, last year, and most give a blank stare.

The story of the Gulen movement is a fascinating case study of a humanist movement which developed such reach and influence that its support for Turkey’s AKP party in 2002 helped to catapult Recep Tayyip Erdogan to the presidency, and whose opposition to the AKP since 2012 may ultimately lead to its undoing.

According to Fethullah Gulen, the movement is premised on “interfaith dialogue, community service, relief efforts and making education accessible”. Gulen himself is adamant that the movement does not have political ambitions and will never form a political party.

The philosophy of the movement is that education is the solution to the world’s greatest challenges of ignorance, disunity and poverty. This explains why the movement has established 1 000 schools in over 150 countries over the past 25 years.

Gulen’s establishment of schools and universities in Turkey gained his movement great popularity, its funding coming from a vast array of supportive businesses. The movement’s power to influence was boosted with the founding of the Zaman newspaper in 1986, which developed into a media empire of newspapers, magazines and the Samanyolu television station. Following the military coup of 1997, Gulen was compelled to leave Turkey as the military allegedly had plans to assassinate him.

Since this time he has been based in Pennsylvania, but continues to comment on both Turkish and international politics. He was one of the first Muslim scholars to publicly condemn the 9/11 attacks in New York, and has publicly condemned the self-styled Islamic State (IS). Gulen has hosted an array of opinion makers at his compound, including Hillary Clinton.

Even in self-imposed exile, Fettulah Gulen wields tremendous influence in Turkey, and his movement initially supported the AKP, given its stated commitment to democratic principles. Using its powerful media empire, the movement played the role of kingmaker.

In what was seen as an alliance with the Gulen movement, numerous judicial and police appointments were made from the movement’s membership base, and movement participants held key posts in the state’s bureaucracy.

The marriage came to an abrupt end in 2013, when state prosecutors investigated four of Erdogan’s cabinet ministers for corruption. According to Dr Suleyman Desdemir, the President of Horizon Educational Trust, some of the prosecutors who had launched the corruption investigation were part of the movement. “They had been popular prosecutors as they had been jailing members of the Deep State, and Erdogan had even given them his personal security.”

“The corruption of these ministers involved weapons going to IS and commissions from the payments in gold to Iran for its gas under the sanctions regime,” Desdemir told Independent Media.

As a result of the corruption case, the four ministers resigned, but the scandal rocked the political landscape in Turkey. Erdogan accused the Gulen movement of using its judicial influence to try and bring down the government. From 2014 onwards, everyone suspected of being part of the movement was suppressed.

A total of 30 000 police officers were arrested and redeployed, and 150 prosecutors and judges were reappointed. According to lawyers acting for the Gulen movement, the purges over the past 18 months have removed 40 000 movement members from public positions and resulted in mass arrests and detentions.

The movement’s media empire has come under attack from the authorities, with the editor in chief of Zaman newspaper Ekrem Dumanli being detained in December 2014 without charge, and held for six days. This was following his criticism of the government in three of his columns. Zaman is the most widely circulated newspaper in Turkey.

Hidayet Karaca, the chief executive of the popular TV channel Samanyolu, which is part of the movement’s media empire, was also arrested in December 2014 for allegedly “establishing a terrorist organisation”. He remains detained after more than nine months.

To outside observers, there is a growing perception that the Gulen movement is being used as a scapegoat to justify the government’s increasingly authoritarian actions.

Most of the independent media critical of the government is being targeted. Hurriyet is the oldest and largest independent newspaper group in Turkey, and has also been accused of being a terrorist organisation. To date, more than 50 journalists in Turkey now languish behind bars.

Fighting for its political life, the AKP has launched a war on social media, calling Twitter “a menace to society” and attempting to shut it down. According to Zaman, the government has deployed an army of 6 000 Twitter users to target those who criticise the government.

One of Zaman’s senior columnists Abdulhamit Bilici told Independent Media, “the authorities have managed to obtain lists of our subscribers – whom they are targeting, and many of the companies advertising in our papers have been threatened. They even posted a tax inspector permanently in our building.”

From the Turkish government’s perspective, the Gulen movement tried to orchestrate a coup in 2013 against Erdogan’s administration, using its influence in the highest levels of the judiciary and security services.

“We never know who we are talking to anymore in our bureaucracy – whether an official is really speaking on behalf of himself or the Gulen movement. What Gulen wants is for Turkey to be an Islamic state,” a senior Turkish official told Independent Media on condition of anonymity.

Erdogan versus the Gulen movement has become the battle of the century in Turkey, and the antagonism will reach new heights leading up to the country’s elections on November 1. Having lost his parliamentary majority in the June elections, Erdogan needs an increase of three or 4 percent in votes for the AKP to rule alone.

The lesson the Gulen movement has taken from this experience is that it doesn’t pay to publicly back a political party, as only interests and not friends are permanent in politics.

It remains to be seen whether the movement will one day play the role of kingmaker again in Turkish politics, as it certainly has the resources and fourth estate to make it a force to be reckoned with.