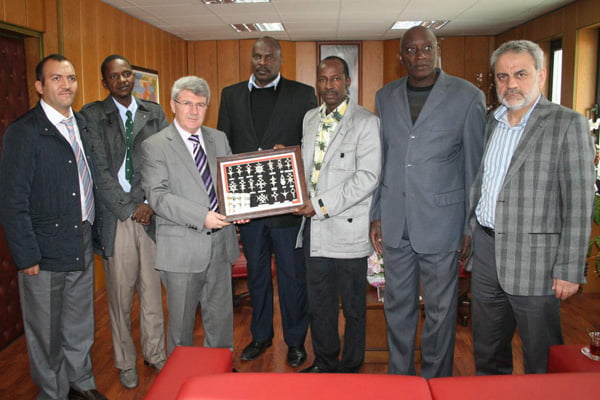 Four Nigerien deputy ministers who are impressed by the Turkish schools operating in their country have come to Turkey to examine Turkish education system on site.

Having visited Private Nilufer Educational Institutions, the deputy ministers accompanied by Nilufer Institutions General Manager Al Dilitatli had breakfast at Private Rafet Kahraman Elementary School. Dilitatli said they were greatly happy to host the Nigerien delegation and went on to say Turkish schools worldwide have achieved notable successes. He also commented that the interest towards these schools and their education systems is of great importance.

Niger Bedir Turkish Schools Vice-General Manager Hamit Cinar underlined that the delegation is in Turkey to see and examine the education system in its place. They had visited both private and public schools in Istanbul and interacted with the officials. The deputy ministers also paid a visit to the director of education in the province Bursa.

Turkish investors have set their sights on the Kenyan education sector following the success story of a chain of schools in Nairobi and Mombasa. The businessmen now plan to establish one more school in Kisumu and a private university.